Gunners boss Wenger last week announced his impending departure after 22 years at the helm, drawing comparisons with Alex Ferguson's retirement following over a quarter of a century at Old Trafford.

Then-Everton manager Moyes was hand-picked by his fellow Scot to take over, but the succession plan ended in disaster as he was sacked just under 12 months later.

Now in charge of West Ham, the 54-year-old sees differences in Arsenal's situation and believes the job remains an attractive prospect. 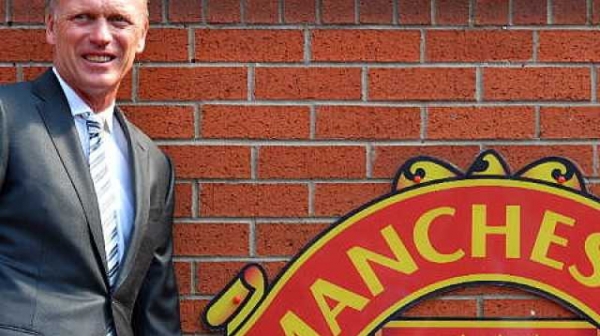 Less expectation at Arsenal than I had at Man United - Moyes

"Arsenal are not champions and they've not got that many old players. Maybe not quite as big expectations at Arsenal as what there would have been at Manchester United," Moyes said.

"I do think whoever gets the opportunity should take it with both hands.

"It's a great chance, a great club, a big club in London with big traditions. I am sure there will be many, many of the elite managers keen to choose this club."

Moyes was speaking after his side's 4-1 defeat to Wenger's men at Emirates Stadium, the visitors having capitulated in the final eight minutes as they surrendered a point that Marko Arnautovic's fine strike looked set to earn.

"We contained them for long periods, we played well enough at times, we just didn’t start the second half well enough and they came back into it."https://t.co/0IzFW2JOsO

Teenage defender Declan Rice was at fault for opening the floodgates when he bizarrely opted to avoid Aaron Ramsey's curling cross-cum-shot in the 82nd minute, catching Joe Hart flat-footed and leaving Moyes to lament the costly error.

"We all have been young players. A young player makes a really poor mistake for the second goal," the Hammers manager said.

"I hope he learns from it because he has got big potential. But I think it really flattened the team.

"It will be a learning curve for him and he has to show it doesn't happen again, because if it happens again then you don't progress."