London, January 21: Arsene Wenger has responded to Borussia Dortmund's claims that Arsenal have bid for Pierre-Emerick Aubameyang by stating he will only talk about players when a deal has been confirmed.

Dortmund CEO Hans-Joachim Watzke claimed the Gunners had made an offer for Aubameyang on the same day that Alexis Sanchez's move to Manchester United – with Henrikh Mkhitaryan going in the opposite direction – looks set to be finalised.

Speaking after Arsenal's 4-1 destruction of Crystal Palace at the Emirates Stadium on Saturday, Wenger explained that the only reason he is able to talk about the Sanchez-Mkhitaryan deal is because it is close to being completed.

He said of Dortmund: "They are responsible for their own statements. I cannot stand up for what they say but if we sign somebody we'll announce it.

"I half announce today Sanchez and Mkhitaryan because that's likely to happen but the rest, we are not close to anything."

Wenger had been warned by Dortmund earlier in the week to focus on his own side, but the Frenchman is adamant that he is unaware of what he has done to prompt their ire.

He continued: "I don't know what I said. I said, 'Nothing happens and that I cannot comment on it', so I am quite surprised that it looks to be a tactical reaction rather than anything else because I didn't say anything.

"I said I didn't know anything about it." 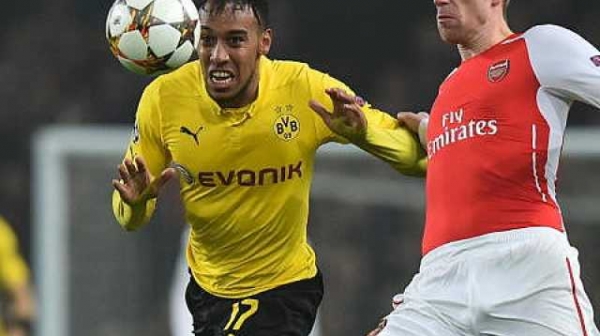 We are 'not close' to announcing Aubameyang - Wenger

When asked if Olivier Giroud would be moving to Dortmund as part of any deal for Aubameyang, Wenger said: "No, we are nowhere near anything with Dortmund."