Hyderabad, Nov. 19: The Bengaluru Bulls registered a comprehensive 45-38 victory over Gujarat Giants in the vivo Pro Kabaddi League Season 9 at the Gachibowli Indoor Stadium in Hyderabad on Friday (Nov. 18). 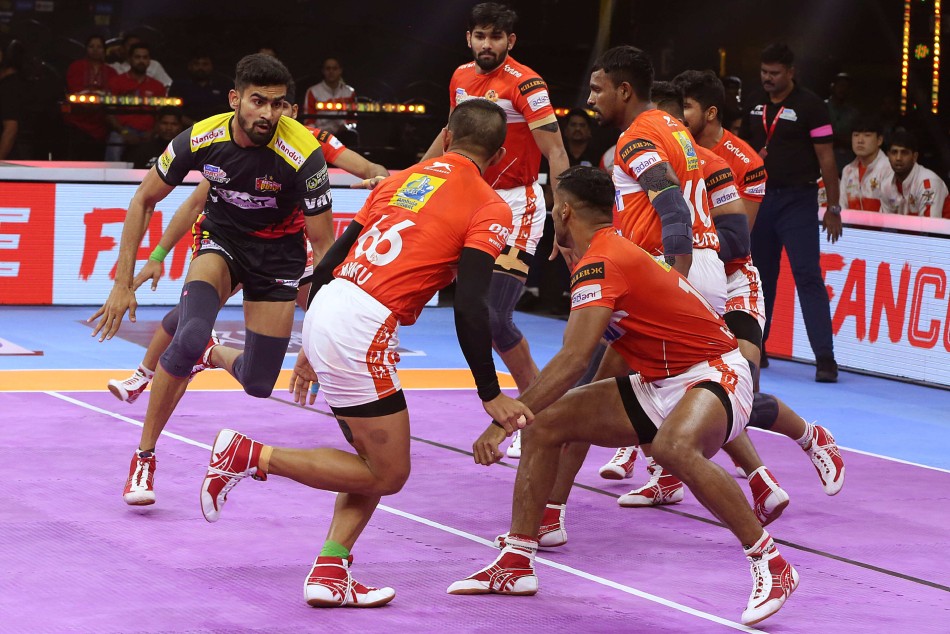 "Before the start of the season, everyone asked me who would fill Pawan Sehrawat's shoes. I had spoken about one player called Bharat. I had said that he will score 190-200 points this season, otherwise I'll leave coaching. And he's been doing very well," said the Bulls head coach.

Head Coach Randhir also heaped praise on Neeraj Narwal, who has been making vital contributions to the Bengaluru side this season. "Neeraj Narwal is a unique raider. No raider touches the opponent's foot for a point apart from him. And he scores tackle points for us as well. So, he's an all-rounder. He has scored 18 tackle points this season. He is a vital cog in the team," stated Randhir.

The Dabang Delhi K.C. are desperately looking for a victory, but they will face a strong challenge from Haryana Steelers' raiders Manjeet and Meetu Sharma.

The match between Bengaluru Bulls and Puneri Paltan will be an absolute treat for the fans as the top two sides in the points table will face off against each other. While the Bulls will bank on raider Bharat, the Pune Captain Fazel Atrachali will lead the charge for his team.