Coach Bisweswar Nandi has already started thinking to invent a new vault for his student Dipa Karmakar. Karmakar has been the first female gymnast to have represented India in an Olympics and missed the medal by whisker in Rio Games, finishing 4th. 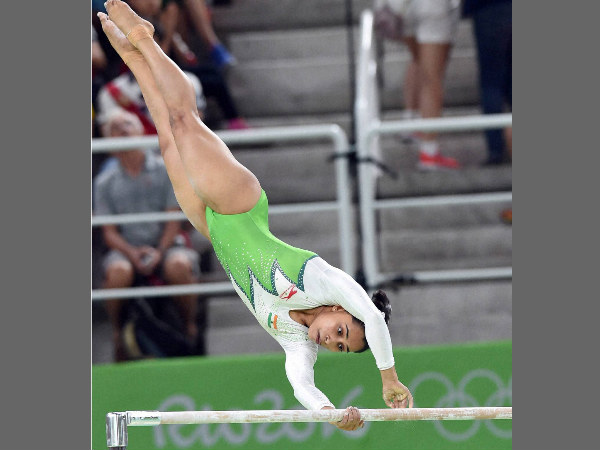 Dipa, after coming back from Rio Olympics had already revealed that she wanted to introduce a vault that could be exclusively after her name like Produnova vault which has been named after Yelena Produnova. (Want to win gold in Tokyo 2020: Dipa)

And Nandi, speaking on the issue recently, said, “Yes, I have already begun to think about a new vault. I have not yet decided the name of the vault. But so far I have thought of, it can be called Produnova half-turn. It will be Produnova vault but with a little more variety. It will be tougher. So I am not expecting that Dipa will be able to execute this vault and bring medal immediately. She will take time to master it."

But what is going to be the new vault, to be exclusively set up by Dipa's coach. Nandy gave a hint saying, “In case of Produnova the gymnast gives two somersaults in the air and finishes it with a straight front-facing landing.

"But in the case of new vault which I have thought of, Dipa will be making a half-half-turn which landing after unleashing the usual two somersaults in the air. But she needs to go up more in the air and she also requires a few more seconds in the air. Otherwise she will not be getting time for the half-turn. It is easy to say, but truly difficult to execute."

But at the same time, Nandi is optimistic that his student who has tremendous determination and zeal will also be able to adopt and implement the new vault in a perfect manner.

He added, “Regarding the new vault, my aim is that Dipa can show it in the Tokyo Olympics in 2020. And before that, looking forward to the Commonwealth Games and Asian Games in 2018, Dipa will be aiming at the medals by executing Produnova itself."