Las Vegas, January 30: The Ultimate Fighting Championship returns to Barclays Center with one of the most anticipated title fights in UFC history as the headliner.

In the main event, undefeated lightweight champion Khabib Nurmagomedov looks to defend his crown against No. 1 ranked contender Tony Ferguson.

UFC 249: Khabib vs. Ferguson will take place Saturday, April 18 at Barclays Center in Brooklyn, N.Y. and will stream live nationally on Pay-Per-View, exclusively through ESPN+ in the U.S. at 10 p.m. ET/7 p.m. PT in both English and Spanish.

ESPN+ is the exclusive provider of all UFC Pay-Per-View events to fans in the U.S. In India, Sony Pictures Network will telecast the main card live on Sunday (April 19).

Preliminary fights will air nationally in English on ESPN2 and on ESPN Deportes (in Spanish) starting at 8 p.m. ET/5 p.m. PT with the early prelims simulcast on UFC Fight Pass and ESPN+ at 6:15 p.m. ET/3:15 p.m. PT.

One of the most dominant athletes in UFC history, Nurmagomedov (28-0, fighting out of Dagestan, Russia) returns to the arena where he captured the then-vacant UFC lightweight championship. The No. 2-ranked pound-for-pound fighter in the world, Nurmagomedov holds victories over Dustin Poirier, Conor McGregor and Rafael Dos Anjos. He now attempts to prove that he is the greatest lightweight of all-time by snapping the impressive winning streak of Ferguson.

A former interim lightweight champion, Ferguson (26-3, fighting out of Orange County, Calif.) aims to finally capture his first undisputed title. Currently on an incredible 12-fight winning streak, Ferguson has defeated the likes of Donald Cerrone, Anthony Pettis and Dos Anjos. He now aims to secure his greatest victory yet by becoming the first man to defeat Nurmagomedov.

Thug Rose gets her shot to run it back and #UFC249 is looking so good 😍 pic.twitter.com/buhrczemgh

In the co-main event, former strawweight champions rematch as Jessica Andrade and Rose Namajunas aim to secure another shot at the title.

The first Brazilian strawweight champion, Andrade (20-7, fighting out of Rio de Janeiro, Brazil) intends to replicate her spectacular knockout victory over Namajunas from 2019. The owner of the most knockouts in strawweight history, Andrade holds stoppage wins over Karolina Kowalkiewicz, Joanne Calderwood and Jessica Penne. She now seeks to get back to her winning ways and earn a shot at revenge against current champion Zhang Weili. 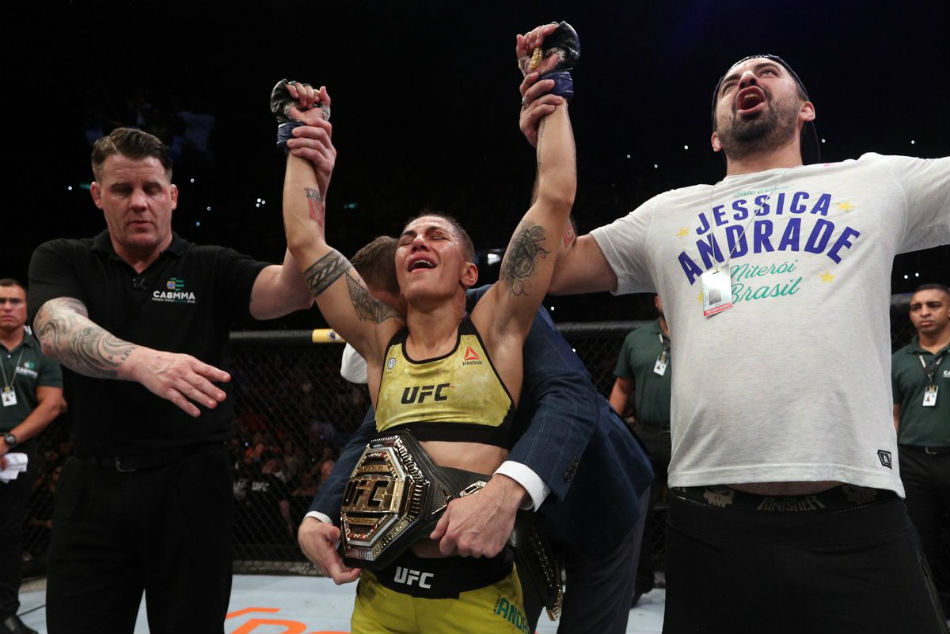 One of the biggest fan favorites on the roster, Namajunas (9-4, fighting out of Denver, Colo.) rose to fame by dethroning longtime strawweight queen Joanna Jedrzejczyk. Throughout her career, she has also delivered thrilling victories against Michelle Waterson, Paige VanZant, and Tecia Torres. She now aims to even the score with Andrade and secure the next shot at the 115-pound crown.

Additional bouts on the card include: