ONE: Heavy Hitters - Yushin Okami eager to prove that he belongs among middleweight elites

Bengaluru, January 11: Yushin Okami has conquered several obstacles throughout his career and at ONE: HEAVY HITTERS on Friday (January 14), wants to prove that he belongs among middleweight elites when he faces Leandro "Wolf" Ataides.

The Judo specialist and Japanese MMA legend "Thunder" is aware of the Brazilian's greatest strengths and how they could decide their clash at the Singapore Indoor Stadium.

However, Okami's winning strategy is pretty straightforward. He will pounce on slight openings and strike when the opportunity arrives.

"Of course, his strengths are his physicality and power. He gathers all his power and attacks at the right moment. His weakness is that he has rough and messy parts," the Kanagawa native said.

"If I point out those parts of him carefully, I think his vulnerability will come out. He has a lot of strength, but that kind of roughness comes out when he attacks and defends."

A victory this Friday will be memorable for two reasons. First, it will mark his triumphant return to the middleweight division, a weight class he has competed in for the majority of his 50-fight resume. 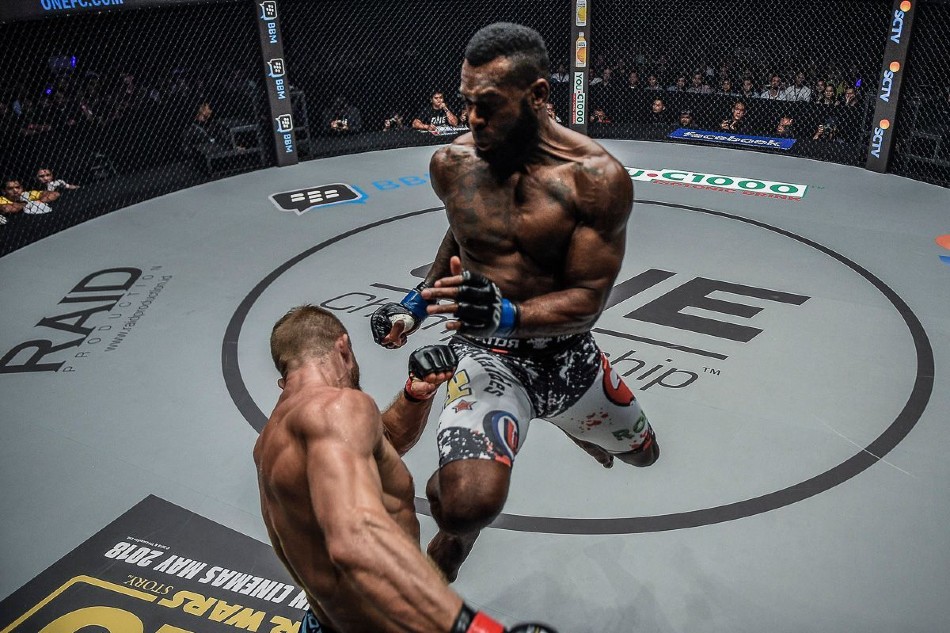 Secondly, the EX Fight star hopes the triumph will push him up the list of challengers waiting for a shot at Reinier "The Dutch Knight" De Ridder's ONE Middleweight World Title.

The road to the top isn't straightforward, especially given that names like Myanmar's Aung La "The Burmese Python" N Sang and Russian slugger Vitaly Bigdash are still favorites to take on De Ridder for the world title. Still, Okami remains optimistic about his chances.

"I am 40 years old. I believe that I am at my strongest now, with all my experience, conditioning, and physicality. I believe I'm at my best, and I've been training hard," he offered.

"I don't have time to take it easy and take a lot of fights because of my age. So, if I can beat him, I'll be able to get a middleweight title fight soon. I'll get the belt within the year, and that's all I'm thinking about."

Okami understands time might be running out for him to get a shot at the title. But if he manages to trap the "Wolf" inside the Circle this Friday, time should stand still for judo black belter.

Download the ONE Super App to catch all the action at ONE: HEAVY HITTERS. Fans in India can watch the show live on Disney+ Hotstar or Star Sports Select 2, beginning with the lead card at 3:30 PM IST on Friday (January 14).