By Mykhel Team
Updated: Monday, September 27, 2021, 8:20 [IST]
omnisport-MyKhel Team
USA cruised to just their third victory in the last 10 attempts against Europe in the Ryder Cup at Whistling Straits.

New Haven, September 26: The United States claimed the Ryder Cup at Whistling Straits as they defeated Europe by a record margin with a 19-9 triumph on Sunday.

Padraig Harrington's side had won seven of the past nine editions of the biennial event but failed to recover from a six-shot disadvantage heading into the final day.

USA required just 3.5 points to claim the trophy on home soil, and they managed to reach that mark in just the fifth match of the finale as Collin Morikawa finished all square with Victor Hovland. 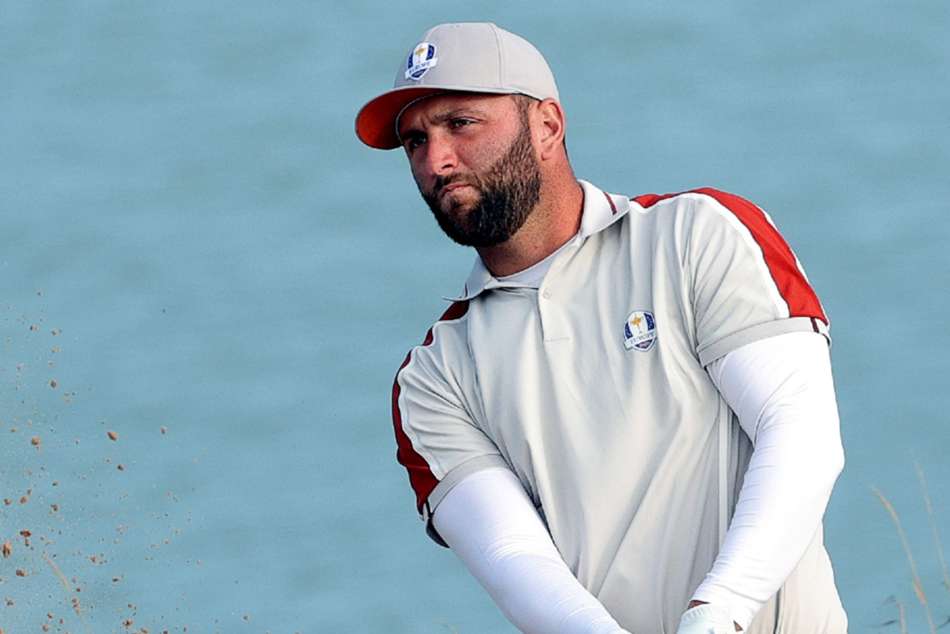 Europe had early hope through Rory McIlroy, who cruised past Xander Schaffuele to collect his first win at this year's edition but Patrick Cantlay quickly restored USA's dominance by defeating Shane Lowry.

With the half point guaranteed, @collin_morikawa HAS CLINCHED THE RYDER CUP pic.twitter.com/PnPshtXibq

Morikawa and Hovland were neck-and-neck until the penultimate hole, where the former landed his iron shot within tap-in range to secure at least a half point and the trophy for the USA. Hovland won the last to halve their battle, but the Americans had the overall match in the bag.

Paul Casey chased Dustin Johnson but could not stop the two-time major champion from winning on the final hole to complete a 5-0-0 record, while Brooks Koepka eased past debutant Bernd Wiesberger despite a spirited performance from the Austrian.

Ian Poulter also maintained his unbeaten record in singles matches to collect Europe's second win on the day, but that proved in vain, with Jordan Spieth and Tommy Fleetwood sharing the spoils as they both faltered on the 18th.

However, in the final pair, Daniel Berger edged past Matthew Fitzpatrick, who found the water at the last, as the USA defeated Europe by a record margin, surpassing the previous 18.5 to 9.5 win at Walton Heath Golf Club in 1981.

Shot of the day

Team USA were looking for a positive start to quash any suggestions of another repeat of the 'Miracle at Medinah' and DeChambeau provided exactly that in the fourth match of the day.

He comfortably reached the green with his drive on the par-four first, much to the delight of the Wisconsin crowd surrounding the tee box.

The world number seven could have claimed the 'shot of the day' tag with his drive, however, the subsequent 41-foot putt that followed to secure an eagle was both magnificent and important to place early pressure on the evergreen Garcia.

Player of the day

Scheffler, who was a Ryder Cup rookie and has yet to win on the PGA Tour, was sent out early and tasked with tackling world number one Rahm.

The American's rapid start, recording five birdies in the opening six holes, was enough to see off Rahm, who could not fight back from that point onwards and was finished off with three holes to go.

Sunday's singles win made it 2.5 points from a possible three, Scheffler unbeaten in the four-balls in a memorable debut in the Ryder Cup.

Europe captain Padraig Harrington: "Of course we're disappointed. But the USA played well. Look, they out-played us, they are a strong team. They got their plan right. They got some momentum going. They started well. It's been good, no doubt about it. The fans were better - it's tough when you're going away and having no Europeans, but certainly above expectations in terms of an away crowd."

Rory McIlroy (on NBC): "I don't think there's any greater privilege to be a part of one of these teams, European or American. It's an absolute privilege. I've gotten to do this six times. They have always been the greatest experiences of my career. But this team, and what it feels like to be a part of, to see Sergio [Garcia] break records, to see Jon Rahm come into his own this week, to see one of my best friends, Shane Lowry, make his Ryder Cup debut. The more I play in this event I realise it's the best event in golf, bar none."

A little birdie told me...

Johnson entered this year's tournament with a 7-9 record in four previous appearances.

However, he made Ryder Cup history as he went 5-0-0, becoming just the fifth player to do so in a single Ryder Cup and the third since battles between Europe and the USA began in 1979. Previous matches saw teams from Great Britain, and Great Britain and Ireland, take on the Americans.

Johnson knew victory against Casey would see him etch his name in history, and he duly confirmed victory on the final hole, with the Englishman dragging his potential levelling putt wide.