Bengaluru, May 15: It is a home hero 1-2 as Johann Zarco (Pramac Racing) topped the French GP (SHARK Grand Prix de France) timesheets on Friday (May 14) with some close company from compatriot Fabio Quartararo (Monster Energy Yamaha MotoGP) with the two Frenchmen split by just 0.095sec.

Marc Marquez (Repsol Honda Team), ninth in the early stages, had an off-track excursion at Turn 8. It was clear the riders were pushing because Turn 3 then saw Quartararo slide into the gravel unhurt. 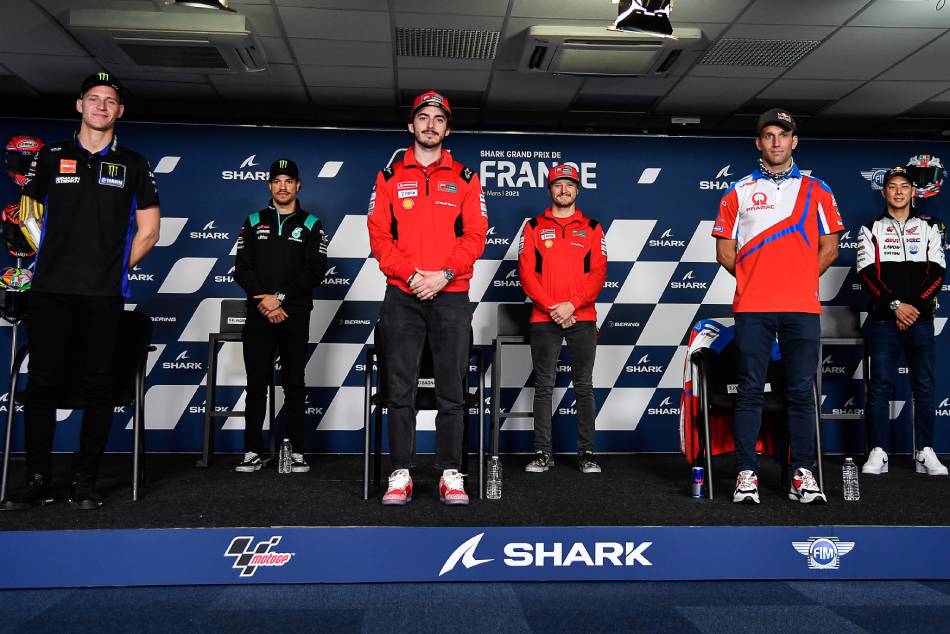 French MotoGP: Rain in Le Mans? Bring it on!

Moments later, Jack Miller (Ducati Lenovo Team) - just after going P6 - tucked the front of his GP21 at Turn 7, as Le Mans caught out some of the very best in FP2.

Alex Rins, Francesco Bagnaia and Joan Mir are three names who are outside the top 10 heading into what looks set to be a wet FP3 session.

There are only two more places available in Q2. So there is going to be a few prayers from that in the hope that it does not rain on Saturday morning.

You don't want to miss a single a single second of the excitement, right? The Indian audience can catch all the live action on EUROSPORT/EUROSPORT HD channels and the same will be live streamed on discovery + app.