Dutch GP: Could it be a tale of fast and furious at the Cathedral?

By Sajith B Warrier
Updated: Friday, June 24, 2022, 12:25 [IST]
oi-Sajith B Warrier
Johann Zarco and Fabio Quartararo are the riders to watch out for in the weekend at Assen.

Bengaluru, June 24: Can Fabio Quartararo or Johann Zarco convert their hot streaks into a victory at the Cathedral?

That is the big question lingering in the mind of motorsport buffs all over as the MotoGP caravan moves to the TT Circuit Assen for the 11th round of 2022 FIM MotoGP World Championship on Sunday (June 26).

The Cathedral has always been a mainstay of motorcycle Grand Prix racing since the world's first motorsport championship began in 1949. 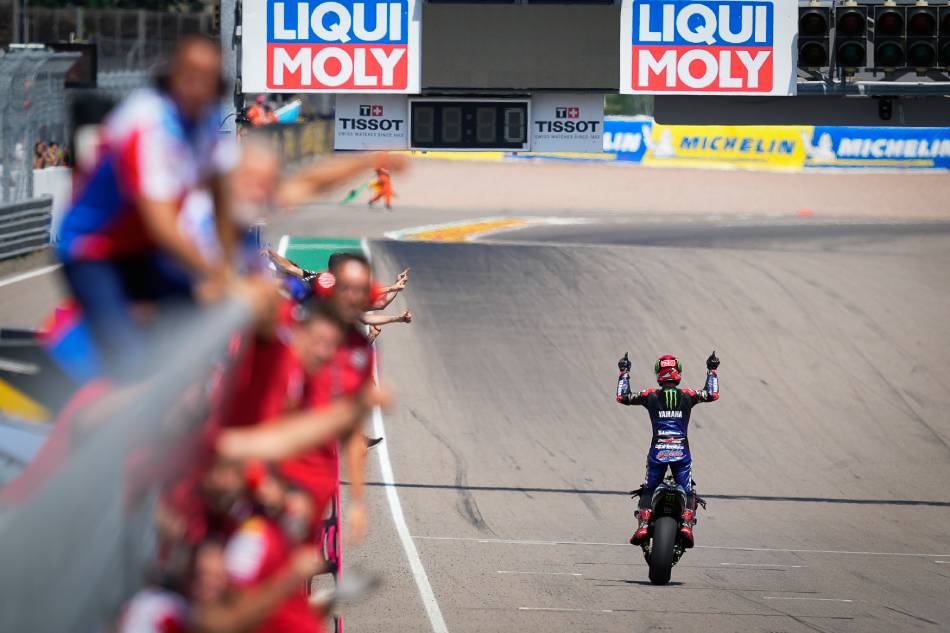 Quartararo won and Zarco finished second, days ago at the Sachsenring, and they now hold first and third respectively in the 2022 FIM MotoGP World Championship standings.

Ahead of the free practice sessions, both the French riders spoke about the season so far and the weekend coming up at the Cathedral.

Quartararo was also on hand at a special ceremony to help unveil the City of Assen's new Walk of Fame. The walk, located in the city centre, will eventually feature large bronze plaques bearing the names of each of the riders who have taken victory at the TT Assen since it began way back in 1925.

Of course, the threat of more showers will remain into race day, creating uncertainty for riders and teams, but Quartararo is hoping to enjoy all that Assen has to offer in the dry.

Quartararo: "I think I've improved my riding quite a lot on the wet, but when you arrive at a kind of track like Assen, you want to have a dry track, because for me it's one of the tracks you enjoy the most mythical tracks on the calendar, so we hope for a dry race."

One of the quirkier talking points in recent days has been Zarco's progress. In the last four races, he has finished fifth, then fourth, then third, and second. Does he think the pattern can continue this Sunday and the two-time Moto2 world champion will pick up his first ever MotoGP race win?

"Easier to say than do it, but why not? It would be so fantastic to follow this logic. I think the tricky weather which we can have during this weekend, for me it can help just to save some energy physically. For me the tricky conditions can be great to follow that logic," said Zarco.

The summer break might not start until after this weekend, but with 10 rounds now completed and as any to go this year, we have reached the halfway mark of 2022 FIM MotoGP World Championship season. The stage is set for another exhilarating round of MotoGP at the TT Circuit Assen. Make sure you catch FP1 for the premier class on Friday at 9:55am local time (1.25pm IST).

The race proper is on Sunday at 2pm local time (5.30pm IST). Buck up guys! It's vroom time at the Cathedral!