Jerez, July 25: Marc Marquez gave up on his hopes of racing at the Andalusia Grand Prix without an argument after deciding his battered body was not up to the job. 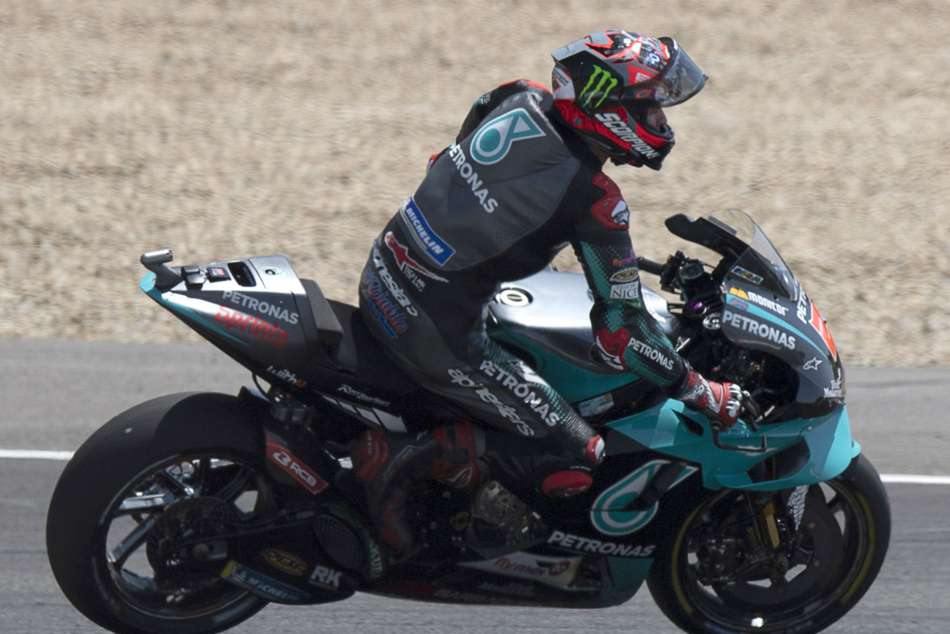 The six-time MotoGP champion only emerged from hospital on Thursday morning after suffering a fractured humerus in the first race of the MotoGP season last week in Jerez.

Back at the same track this weekend, Marquez was eyeing a near-miraculous return to action, having had a titanium plate fitted in his broken right arm.

And although he was fit enough to push himself through a bunch of push-ups, and complete a string of warm-up laps, the Spaniard conceded defeat when he began to feel pain around his elbow during qualifying practice on Saturday.

He said: "I already understood it would be very difficult to ride the bike and be able to finish the 25 laps in the race.

"After surgery I saw there was more possibility so I needed to try, and if you're a sportsman and have a passion for something, you try.

"I tried and it wasn't possible. What I did is only follow my body, and my body said, 'You must try' and that's what I did."

He began to feel optimistic during the early stages of practice, but feeling good soon gave way to agony, and that meant Sunday's race was out of the question.

"More than the bone, it was the elbow, a nerve or something like this and I lost the power immediately and this becomes dangerous," Marquez told motogp.com.

Marquez intends to compete in the next round, at Brno in the Czech Republic on August 9.

"I passed on Thursday a tough medical check," said the 27-year-old. "Normally they are demanding, but they pushed me more than usual. I did 40 push-ups and this is something that even if I'm fit it's difficult, but it was possible.

"I promised Honda if I felt unsafe I would stop and that's what I did. Now the main priority is try to be better and better about the physical condition.

"In one week and a half we will be in Brno and my main priority is to try to arrive there. I will not be 100 per cent but I want to try to fight on the bike and enjoy my main passion that is riding the bike."