Miller puts in a thriller at Aragon

Bengaluru, September 11: Jack Miller topped Day 1 at the Aragon GP, with the Ducati rider putting in a late lunge as the final few minutes decided the combined timesheets.

He enjoys nearly three tenths of breathing space at the top by the end of day, with Aleix Espargaro (Aprilia Racing Team Gresini) next up at a venue he and his machine have enjoyed some good success at - carrying that momentum from Silverstone.

Third went the way of Cal Crutchlow (Monster Energy Yamaha MotoGP) as the Brit pulled a seriously fast one to complete the top three on Day 1, and the number 35 was top Yamaha to boot. 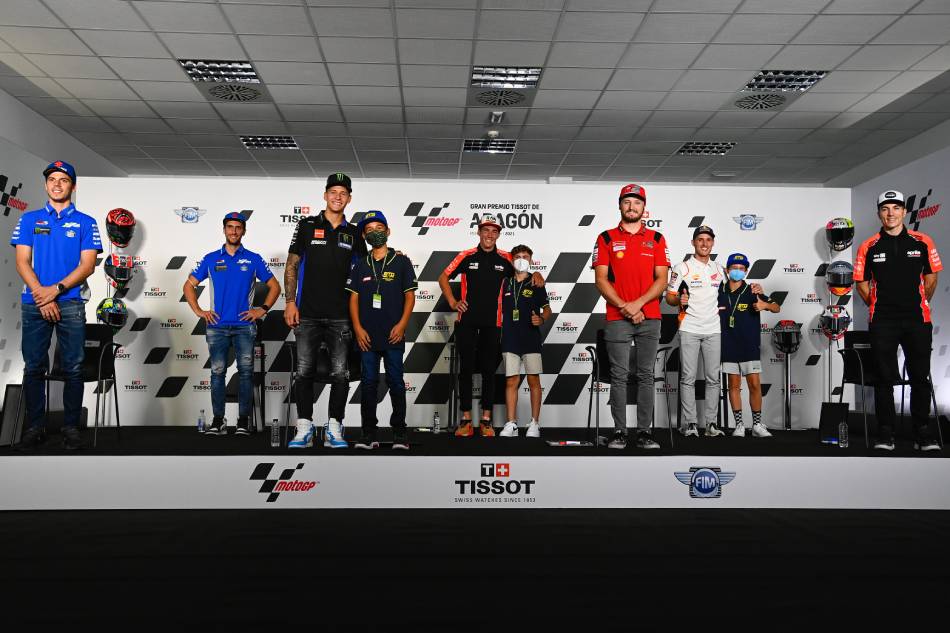 Can Marquez take centrestage at Aragon?

The top 17 were covered by nine tenths on Friday, and from second to 21st it's just a single second.

With the times so tight, Saturday morning's FP3 looks set to be a barnstormer.

All the riders will be chasing those all-important automatic Q2 places, you really don't want to miss a second of the action that will be coming your way at 9.55am local time (1.25pm IST).

After dominating FP1, Marquez' advantage had been cut to 0.526s with 10 minutes to go of Day 1 as the FP1 chart-toppper fits in at eighth, 0.014sec slower than El Diablo's best from the afternoon.

Takaaki Nakagami (LCR Honda Idemitsu) and Miguel Oliveira (Red Bull KTM Factory Racing) were P2 and P3, with 2021 FIM MotoGP World Championship leader Fabio Quartararo (Monster Energy Yamaha MotoGP) fourth. However, it was all about to change. Softer rubber was being fitted to the machines after most of the riders had spent some time on Michelin's hard tyres, with attack mode now activated.

Quartararo was in some discomfort in the closing stages with what looked like something stinging his neck, but the Frenchman is comfortably in the top 10 for now in P7.

Espargaro on the move

Espargaro and Iker Lecuona (Tech3 KTM Factory Racing) exchanged P2 before Miller slammed in the best time of the weekend - 0.4sec quicker than Marquez' benchmark. Aprilia's Espargaro then returned to P2 before Crutchlow went a couple of tenths behind close mate Miller into P2, phenomenal from the British rider.

For the third time in succession, Espargaro slotted into P2 with less than a minute remaining in an enthralling end to FP2.

In the end, no one could get on terms with Miller's lap as Ducati lead Aprilia and Yamaha, Crutchlow the fastest Iwata factory rider at MotorLand. The British rider ended the day just 0.011sec further back as top Yamaha, seriously impressing as his stand-in duty continues.

After the mad dash to the top, the combined timesheets saw everyone improve with Johann Zarco taking fourth ahead of Jorge Martin and Francesco Bagnaia -- that is four Ducatis in the top six as they show early promise of having moved forward a lot since our last visit to Aragon - and the margins remain close.