Bengaluru, November 7: The FIM MotoGP Awards ceremony brought down the curtains on 2022, celebrating an incredible season of competition and rewarding all those who wrote their part in the history books including the newly-crowned champion Francesco Bagnaia. 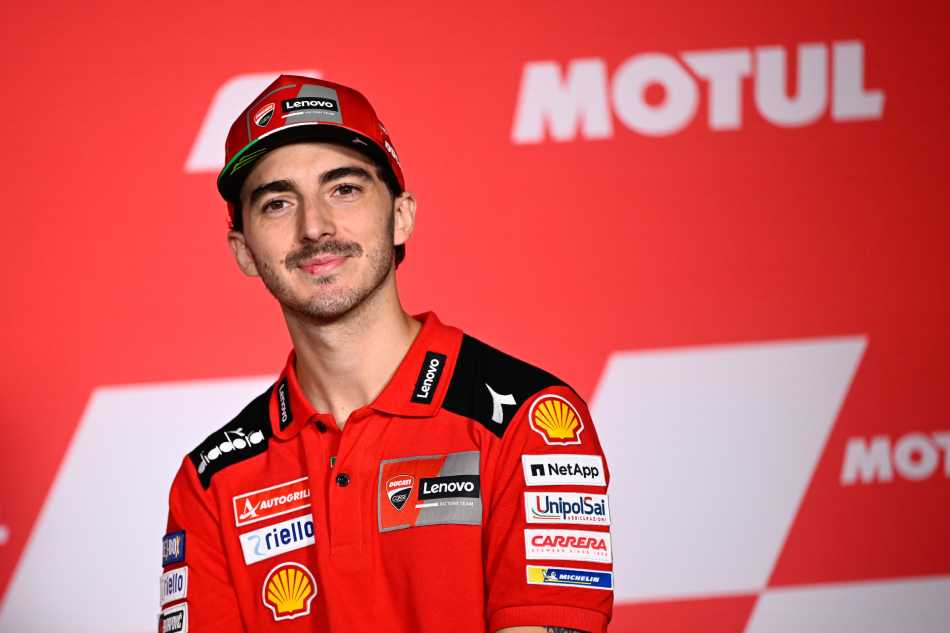 The 2022 Awards were hosted by Gavin Emmett and Alina Marzi, with FIM President Jorge Viegas and Dorna Sports (MotoGP commercial rights holder) CEO Carmelo Ezpeleta in attendance to present the range of awards to the heroes of the hour (and year).

Bagnaia headlined in MotoGP as he received his trophy after making history as the first Ducati rider to take the crown in 15 years, completing the triple crown, and he picked up the BMW M Award for best qualifier in the MotoGP class too.

Fabio Quartararo (Monster Energy Yamaha MotoGP) was on stage as runner up, and Enea Bastianini (Gresini Racing MotoGP) completed the top three as well as taking the honour of top Independent Team rider.

The Tissot Pole of Poles winners this season were Bagnaia, Aron Canet (Flexbox HP 40) and Izan Guevara in MotoGP, Moto2 and Moto3 respectively, and they picked up their prizes.

Ducati swept the Team and Constructor titles in the premier class, as well as the riders' crown, giving the Bologna factory the coveted Triple Crown. Kalex came out on top in Moto2, and GASGAS in Moto3. The FIM Finetwork JuniorGP Champion and Red Bull MotoGP Rookies Cup winner, that one rider being Jose Antonio Rueda as he took both titles and became the first to so do in one year, also took to the stage.

That's a wrap on 2022. As the curtain falls, we celebrate the incredible achievements we've seen this season and the chapters written into the history books, forever to remain part of the sport.

The MotoGP engines will revv up again once more as we have the Valencia Test back at the Circuit Ricardo Tormo on Tuesday (November 8). For the time being, farewell to those off to pastures new, those retiring for a third time, those heading for the intermediate class and good luck to everyone taking on new challenges next season.

So the Awards are over. Then its the tests that is coming up. And then? Sprint races are GO. Join us in March as Portugal hosts the first Grand Prix of a new era... we can't wait!