In the final scheduled to be held at the hard courts of Karnataka State Lawn Tennis Association (KSLTA), they will take on the all-Indian pair of Purav Raja and Ramkumar Ramanathan who got a walkover to the summit clash against Saketh Mynemi and Matt Reid, after the latter was forced to pull out due to an injury.

The final will be held at 6.30pm local time on Saturday (February 15) and with Paes playing in only select tournaments during the year as a part of a farewell tour which he calls "One Last Roar", a full house is expected at the KSLTA courts.

No stress Finals, the lion is coming to get you. L. Paes and M. Ebden beat A. Vasilevski and J. Erlich 6-4, 3-6, 10-7 to grab their slot in the Doubles Finals of #BlrTennisOpen #Day5 #ATP #GameOn #TennisComesHome pic.twitter.com/zJBj1xDBKJ

Earlier, the Indian challenge in the singles had already ended with all the six players losing their respective pre-quarterfinal matches. 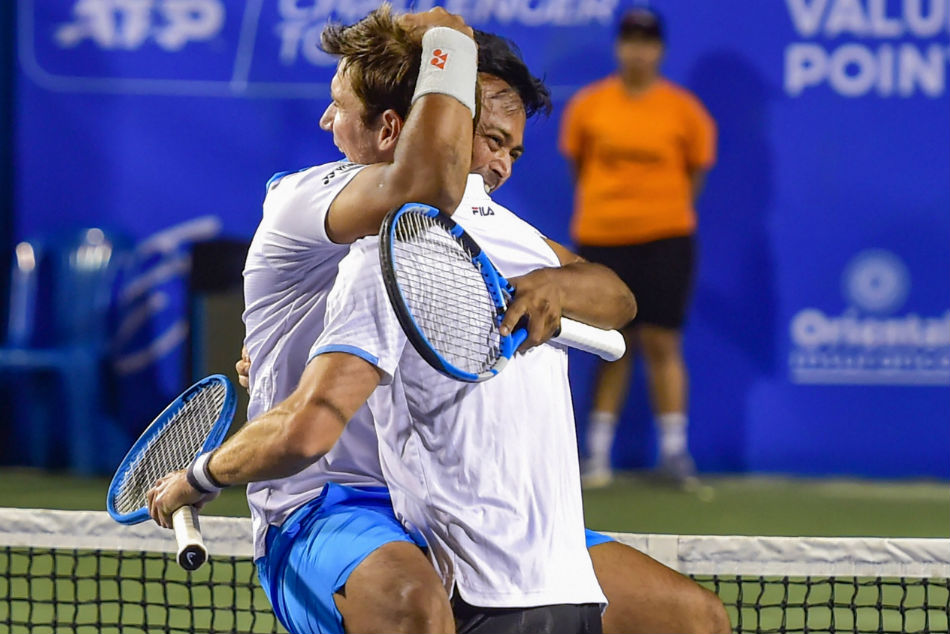 Meanwhile, on the sidelines of the tournament, a clinic for juniors was held were around 40 children attended the session with leading pro Niki Ponnappa giving them the tips. Their joy doubled when their idol Paes too joined them.

With just three short of 100 Grand Slam appearances, Paes is now aiming to play all the Slams this year before signing off.

"To my Bangalore friends, fans and tennis lovers, I'm looking forward to entertaining all of you One Last Roar time," Paes had said before the start of the ATP Challenger Bengaluru Open 2020 tournament.

A title win on Saturday, that too in front of a full house at KSLTA courts, which will increase his tally to 55 on the ATP Doubles Tour, would be the perfect way for Paes to sign off from the Garden City where he last played in the 2014 Davis Cup, partnering Rohan Bopanna.