Bengaluru, September 5: Having taken out top seed and world No.1 Daniil Medvedev in the pre-quarterfinals of the US Open 2022, Nick Kyrgios has emerged as a strong contender to win the last Grand Slam of the year and Indian tennis player Vishnu Vardhan feels the time has come for the Australian to step up his game as the sport needs characters like him.

It has been a good year so far for Kyrgios with him having reached the Wimbledon final also and Vishnu feels he might go the distance in New York this time. 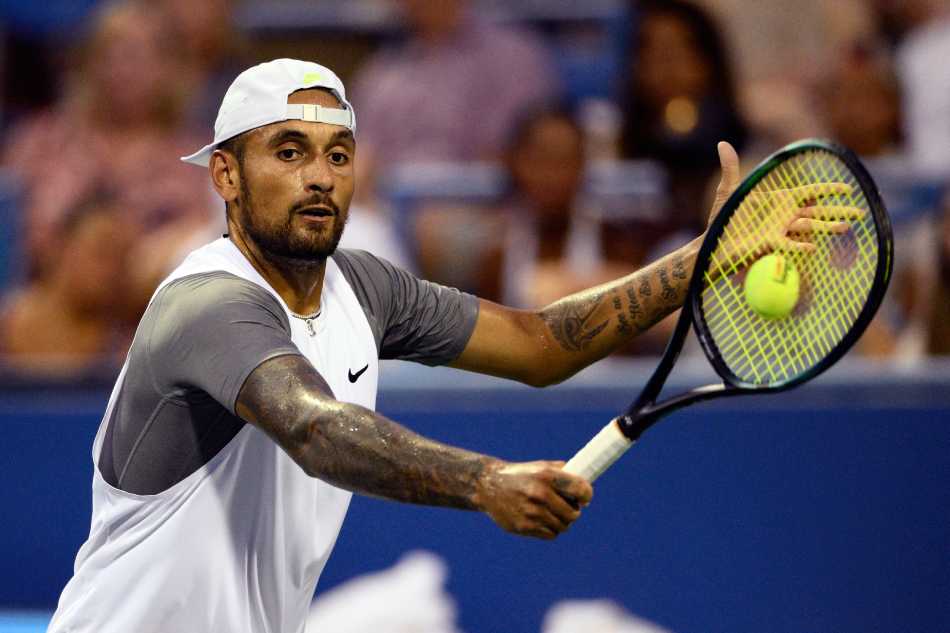 "This years, Kyrgios has been a completely different player. He's believing in himself more these days. He's looks more determined every time he's on court. I've never seen him as determined like this before.

"His fitness levels have also improved. Kyrgios is a lethal combination of both focus and fitness. I think he's having a few Grand Slams up his sleeve and his time has come," Vishnu told a group of invited journalists in a virtual media interaction hosted by Sony Sports Network, who have the exclusive broadcast rights of US Open 2022 in India.

Kyrgios is known to throw tantrums on court and it was evident during the tie against Medvedev with a couple of racquet slams and plenty of abuse towards his own box.

But Vishnu feels that is the way Kyrgios plays and tennis needs characters like him.

"I feel Kyrgios brings in lot of character and personality. For the last 10 years or so we're used to seeing players like Roger Federer and Rafael Nadal, who're always focused on the game and are perfect gentleman of the sport.

"In Kyrgios, we've a colourful and flamboyant character who gives the crowd something to cheer about. Every player has his own way of staying relaxed and focused and getting rid of the nerves and this is Kyrgios' style. He does all that to stay calm and the crowd also loves it. He has showed us that he's here not just to show those theatrics on court, but to win matches," added Vishnu.

Vishnu Vardhan has backed Nick Kyrgios to win US Open 2022.

Of the five meetings with Medvedev, Kyrgios has now won four and it is also the first time an Australian has defeated a world No.1 in a Grand Slam since Kyrgios himself, back in 2014 as a 19-year-old against Nadal at Wimbledon.

With the No.1 seed out of the fray, a potential final with Nadal looms large and Vishnu believes he will not be surprised if Kyrgios wins his maiden Grand Slam title.

"He has been definitely putting a lot of hours in the training sessions and you can see the results. He has been played attacking tennis right throughout the tournament and he's here to stay. He has the determination to win a Grand Slam and he can do it at US Open.

"He also knows that every match a chance is there to lose and at the same time a chance to win. So he's striking a judicious balance between vulnerability that he can lose and the fact that he can win. That gives him the right confidence and frame of mind --- no over confidence -- but confidence of winning matches. I believe he'll win it this time," Vishnu concluded.