New Delhi, Oct 1: India's best-ever performance at the UWW World Wrestling Championships was witnessed by 6.5 million users on WrestlingTV. The sport scaled a new high in India not just in terms of success, but also in viewership with as many as 11 million users engaging in live streaming and video content on the unique digital channel for wrestling.

After the super successful launch, WrestlingTV will continue to ensure that wrestling fans don't miss out on all the premier action. With a series of important events lined up on the wrestling calendar over the next 60 days, Wrestling TV will globally live stream 33 days of live action. The LIVE content will include World Under-23 Championships, Women's World Cup and Indian Senior National Championships among others. 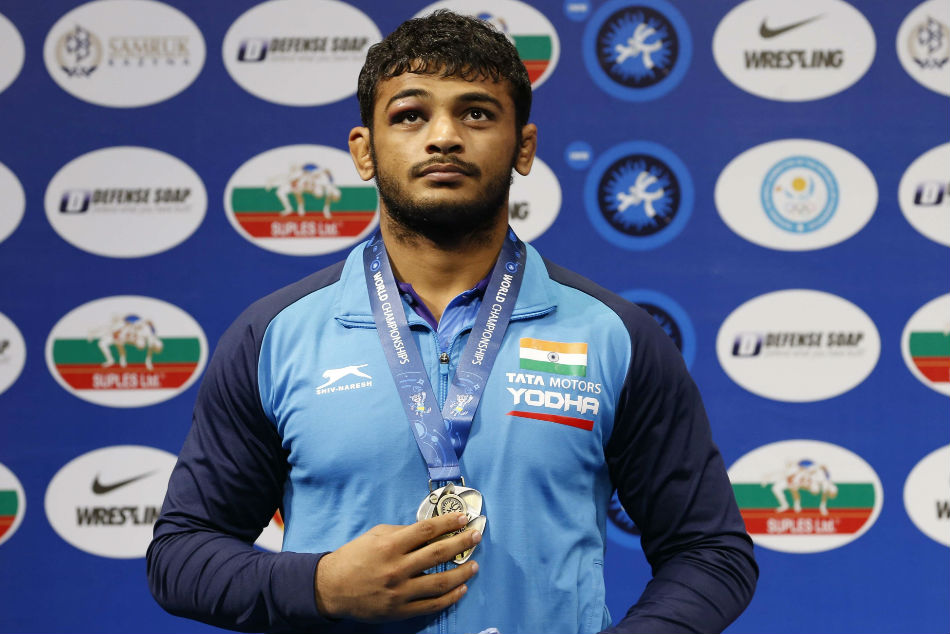 The sport, as a whole, climbed to colossal heights this time from the Indian perspective. An unprecedented haul of five medals by the likes of Vinesh Phogat, Bajrang Punia, Ravi Kumar, Deepak Punia, and Rahul Aware with four of them securing Tokyo Olympics 2020 quotas piqued the interest of Indian fans, leading to 88% user engagement on Wrestling TV from within the country.

Wrestling TV with the UWW World Wrestling Championships in Kazakhstan last month also marked a first for the passionate wrestling lovers, who got to see all their favourites grapplers LIVE in action from Nur-Sultan, Kazakhstan. The UWW World Championships was streamed LIVE in the Indian Sub-Continent from all the 4 mats, amounting to more than 100 hours of content.

A humongous 13 million minutes of video content was consumed in 9 days by the fans on www.wrestlingtv.in & its digital handles. The numbers validate the popularity of the sport worldwide and have given an impetus to the promoters of Wrestling TV, Sporty Solutionz to continue to beam all the major events.

"Wrestling TV was launched with the purpose of showcasing live content on the go not just to the fans but also to cater to the entire wrestling community and youngsters taking to the sport for the first time. The enormous response has vindicated our conviction of wrestling being the most loved and followed Olympic sport in India. The consumption of the livestream, as well as the offline content, propels us to look at not only steaming more matches but also bringing more tournaments to India to expedite the growth of the sport in India," said Ashish Chadha, CEO of Sporty Solutionz and UWW rights holder for the Indian Subcontinent.

Wrestling TV kicks off its mega live streaming bonanza this month with the World Veterans Championships from October 8th. One of the most-awaited events for Indian wrestling enthusiasts, the World U-23 Championships, that saw Ravi Kumar taking a silver medal last year will be up next from October 28.

With the Asian U-15 Championships scheduled from November 22nd and the Senior Nationals in India following just a week later, it will be a treat for the entire wrestling community as the sport continues to take rapid strides both in India as well as globally.