Christchurch, March 27: An inconsistent India crashed out of the Women's World Cup after suffering a heart-breaking three-wicket defeat against South Africa in a must-win league-stage game that went down to the wire, here on Sunday.

Smriti Mandhana (71), Shafali Verma (53) and skipper Mithali Raj (68)struck half-centuries, setting the platform for India to reach a competitive 274 for seven at the Hagley Oval.

Despite India's average bowling and fielding, the match last full distance with off-spinner Deepti Sharma needing to defend seven runs in the final over. A well-set Mignon du Preez was caught in the deep off the penultimate ball, raising hopes of a memorable win for India. The Proteas now needed three runs off the final ball. 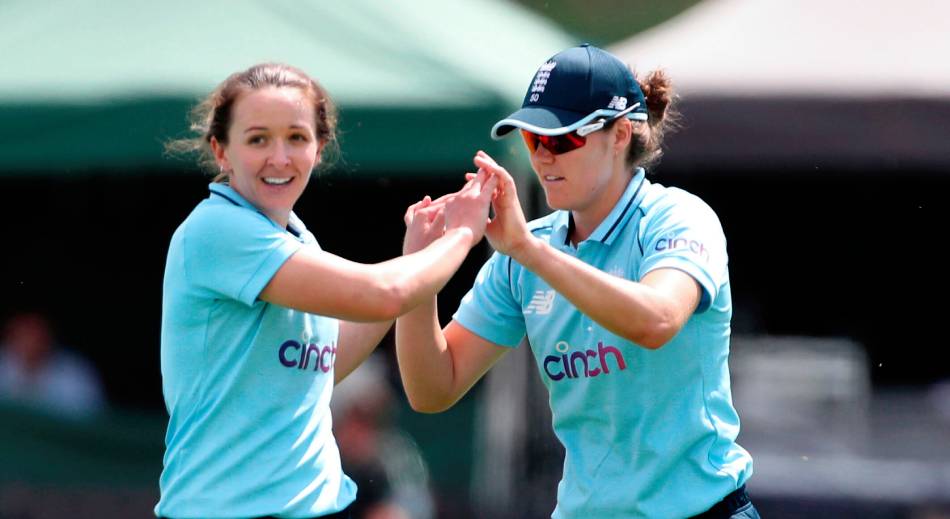 However, moments later the umpires ruled that Deepti had overstepped, turning India's ecstacy into agony in a matter of seconds. Du Preez eventually hit the winning runs off the final ball and remained unbeaten on 52 to see her team through and finish second in the league stage behind Australia.

As it panned out, Australia, South Africa, England and West Indies reached the last four stage. In possibly her last match for India, skipper Mithali Raj was left devastated along with her teammates.

India were not consistent enough to make the semifinals and ended fifth in the league stage with three wins and four losses. South Africa were cruising in their run chase with the in-form Laura Wolvaardt (80 off 79) and Lara Goodall (49 off 69) sharing 125 runs for the second wicket.

India rely heavily on veteran pacer Jhulan Goswami for early breakthroughs and her absence due to a side strain made the task easier for the South Africans. Harmanpreet Kaur, who made 48 with the bat, got rid of opener Lizelle Lee (6) with a brilliant direct hit before Wolvaardt and Goodall got together and took the game away from the opposition.

Wolvaardt continued her sensational run of form with her fifth fifty-plus score in seven innings. It took a double strike from Harmanpreet to bring India back in the game as she found the stumps of Wolvaardt and trapped Sune Luus (22) with her probing off-spin. The Indian fielding once again was sloppy and late evening dew made the job tougher for them.

However, individual brilliance of Harmanpreet helped India take the game deep with South Africa needing 45 off the last 30 balls. Du Preez, who was dropped by Smriti in the 45th over, and Chloe Tyron (17) were up for the challenge and took their team on the cusp of victory. Tyron got three boundaries in the 47th over bowled by Gayakwad to reduce the equation to 20 off 18 balls.

Earlier, India chose to put runs on the board in the high-pressure game while their opponents took the field in their last league game having already qualified for the semifinals. Shafali (53 off 46) and Smriti (71 off 84) shared a 91-run stand off 90 balls for the opening wicket to provide the start India were looking for.

Shafali scored bulk of the runs in the partnership with Smriti and looked at her fluent best en route her maiden World Cup fifty. She put South Africa's best bowler, pacer Shabnim Ismail under the pump by attacking her from the word go. Shafali collected three boundaries off Shabnim's second over including an audacious walk across the off-stump to whip the South African bowler over short-fine leg.

The 18-year-old completed her first fifty of the competition with a boundary over mid-on off pacer Masabata Klaas. With the way the openers were going about their business, India looked on course for 300 for the second time in the tournament. However, they lost Shafali against the run of play before number three batter Yastika Bhatia got out in a bizarre fashion. There was a miscommunication over a quick single on the leg side between Shafali and Smirti while Yastika played a sweep shot on to her stumps off spinner Chloe Tryon, leaving India at 96 for two from 91 for no loss.

Mithali and Smriti then got together to regain the lost momentum. It was a typical Mithali knock as she changed gears after taking her time early on. She released the pressure with a bunch of cut shots off spinners before hitting a sublime cover driver off pacer Marizanne Kapp.

With Mithali going strong and Harmanpreet joining her in the middle, India found their rhythm back to reach 223 for three in 40 overs. However, only 51 runs were scored off the last 60 balls for the loss of four wickets as India failed to get the final flourish.

Interestingly, Mithali scored her fifty in a crucial game at the same ground where she scored her maiden World Cup half-century 22 years ago.