By Unnikrishnan G
Published: Monday, August 6, 2018, 18:44 [IST]
oi-Unnikrishnan
Mohammed Siraj of India 'A' claimed four wickets on Day 3 of the four-day game against South Africa 'A' at the M Chinnaswamy Stadium in Bengaluru

Bengaluru, August 6: India A marched irresistibly towards an outright win over South Africa A on the third day of the four-day game here at the M Chinnaswamy Stadium on Monday (August 6). 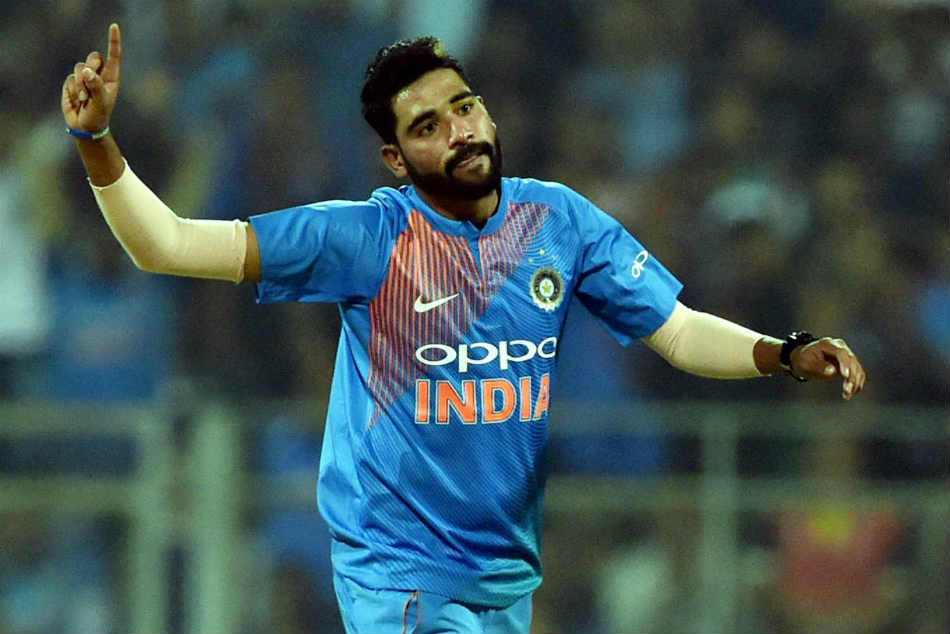 India A lost Mayank Agarwal for his overnight score of 220 in the fifth ball of the first over of the day but found enough steam to take the total to 584 for 8 before declaring the first innings closed. Ahead by 338 runs, India A gained further command over their South African counterparts through their bowlers, plucking four wickets for 99 runs at close and the visitors could have been in further trouble had rain not robbed some game time in the final session.

Still behind by 239 runs, it will he hard work for South African batsmen on the final day on Tuesday (August 7). Even though Mayank could not convert his knock into something bigger, the Karnataka man has already done enough in the match to keep himself within the range of selectors' radar. For Mayank, it was a continuation of his successful trip to England where he notched up three List A hundreds.

Mayank could not have hoped for a better preparation ahead of the domestic season too and that would not be any gladdening thought for the bowlers. It may be recalled that Mayank Agarwal scored over 2000 runs across the formats in the previous domestic season and has already dropped enough hints that it was not just a flash in the pan.

Great to see @mayankcricket taking off from where he left last domestic season. Top effort Mayank, keep it going #IndiaASeries

But crediting Mayank alone for India A's position of strength would be a grave injustice to Mohammed Siraj. The Hyderabad pacer came up with an incisive opening spell in which he took three wickets - Sarel Erwee, Pieter Malan and skipper Khaya Zondo - to reduce South Africa A to 6 for three in 8.2 overs.

South Africa survived the torrid passage through Zubayr Hamza and Senuran Muthuswamy, who added 86 runs for the fourth wicket to check India's advance in an extended final session. Siraj, who had a breakaway domestic season in 2016-17 when Bharat Arun was the Hyderabad coach, impressed with his sharpness and accuracy on this day.

Just like in the first innings when he bagged five wickets, Siraj continued to pitch the ball up and let it swing - a brilliant awareness of the prevailing conditions and the skill to exploit it. Erwee and Malan were forced to jab at away going deliveries while an incoming ball trapped Zondo plumb in front.

At 6 for three, South Africa A were in danger of slipping away fast but Muthuswamy and Hamza resisted the India A bowlers for 28 overs to ensure that the visitors will fight for another day.

Siraj (4 for 18 in 10 overs) returned to break the stand, eliciting an edge from Muthuswamy which was snaffled at fourth slip by a diving Hanuma Vihari. Bad light stopped the day's proceedings about 15 minutes away from the scheduled close but India A are in a prime position to complete the task on Tuesday.