By Pti
Updated: Friday, April 13, 2018, 19:47 [IST]
oi-MyKhel Team
Faf du Plessis of Chennai Super Kings (CSK) looks at the crowd after a shoe was hurled at him during the IPL 2018 game against Kolkata Knight Riders at the MA Chidambaram Stadium in Chennai

Mumbai, April 13: The Bombay High Court on Friday (April 13) sought to know from the Maharashtra Cricket Association (MCA) if it would seek additional water supply from the Pune civic body for ground and pitch maintenance for six IPL matches shifted to that city from Chennai.

The MCA stadium at Gahunje in Pune will host the remaining six 'home' matches of IPL franchise Chennai Super Kings (CSK) after these were shifted from the southern city following protests over the Cauvery water-sharing issue in the Tamil Nadu capital. 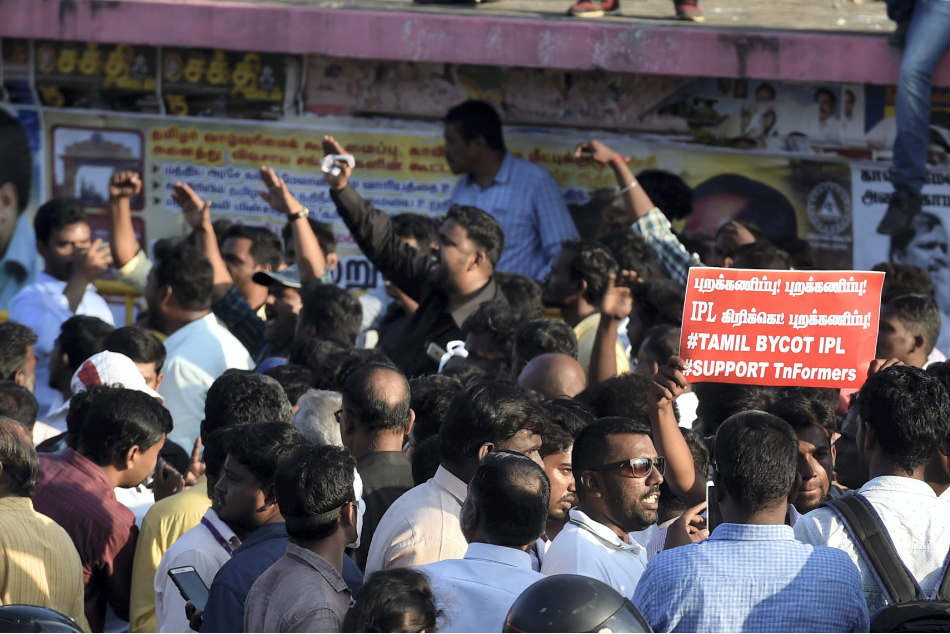 A division bench of justices A S Oka and Riyaz Chagla sought the MCA response while hearing a public interest litigation filed by NGO Loksatta Movement in 2016. Opposing holding of IPL matches in Maharashtra, the NGO had raised concerns over water usage for ground management at a time when the state was reeling under drought.

The bench was informed by the petitioner's lawyer that while originally 11 matches were to be played in Maharashtra during the ongoing IPL, six games, which were to be played in Chennai, have now been shifted to Pune. The lawyer argued that the Pune city and rural areas of the district were already facing water shortage.

The judges then sought to know from the MCA, which manages the stadium, if it would be seeking more water than what is being already supplied to it by the Pune Municipal Corporation (PMC). Last week, the high court had posed the same query to the Mumbai Cricket Association, which manages the Wankhede stadium, another IPL venue.

The court had asked the Brihanmumbai Municipal Corporation (BMC) if it would supply additional water to the stadium in South Mumbai. The BMC filed an affidavit, saying no special water supply would be given to the stadium. The court posted the petition for further hearing on April 18.

The M A Chidambaram Stadium in Chennai was the home ground of the Mahendra Singh Dhoni-led CSK. The IPL franchise played its first home match on April 10 against the Kolkata Knight Riders. Political parties and other groups in Tamil Nadu had demanded that all the IPL matches scheduled in Chennai be cancelled till the Centre forms the Cauvery Water Management Board. They held protests in support of their demand.

The Supreme Court had on February 16 pronounced its verdict on the Cauvery dispute between Tamil Nadu and Karnataka. "The matches had to be shifted out of Chennai as police had said that they were unable to provide security in the prevailing situation" IPL Chairman Rajv Shukla had said on April 12.