Kyle Jamieson, Moeen Ali and Shahrukh Khan among players to watch in IPL

London, April 7: The Indian Premier League is back on home soil as the 14th season of the Twenty20 tournament begins on Friday.

Due to the impact of the coronavirus pandemic, the 2020 edition was not only delayed until late in the year but also transported away from India, with the United Arab Emirates hosting proceedings. 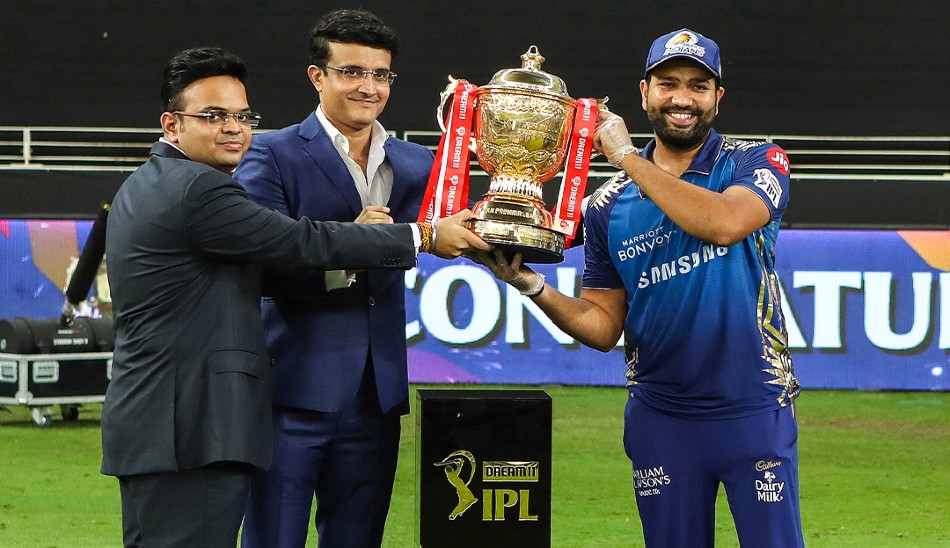 There was still one constant, however. Mumbai Indians once again came out on top, making it three titles in four years. The reigning champions will take some stopping again this time around, but their rivals will hope some fresh faces can help a different name secure the trophy.

Ahead of a new campaign, Stats Perform News makes use of Opta data to pick out six intriguing players who will hope to make a difference for their franchises in the coming weeks, as well as capitalise on the opportunity to impress with a Twenty20 World Cup to come in India later in 2021.

Boom or bust? Bangalore paid a premium in a three-way bidding war to get Jamieson, who became the second-most expensive player purchased at this year's auction, eventually going for 15 crores (around $2million).

The Royal Challengers went all in betting on the potential of a player who, while still in the early stages of his international career, has impressed in all formats for New Zealand. He had played just four T20 games for the Black Caps at the time – and has since endured a tough series against Australia on home soil, during which there was just one wicket at an average of 175.

Jamieson has been one of the top performers for his country in Tests, picking up 36 wickets at a staggering average of 13.27 since his debut against India last year. There have been eye-catching performances at domestic level in T20 outings – he claimed figures of 6-7 for Canterbury.

The pressure will be on to live up to the hefty fee in his first taste of the IPL, while it should help his cause that he can contribute with the bat down the order, too.

The numbers do not lie – Malan averages 50.15 in T20 action for England, scoring his runs at a strike-rate of 144.31 runs per 100 balls. His performances have him perched at the top of the ICC batsman rankings, comfortably clear of nearest rival Aaron Finch at the summit.

And yet, for all that the left-hander has achieved, there still remains the odd doubter over his fit in England's XI, particularly as he has often built momentum through an innings, rather than putting the pedal to the floor immediately like so many of his international team-mates.

Still, in the recent series against India, Malan was the third-highest scorer with 148 runs. That tally included 68 in the decider when he showed how he is more than capable of going on the attack from the off.

Despite the impressive numbers, Punjab Kings had no competition to secure Malan's services at the auction. He now joins a franchise who has to deal with a logjam when it comes to top-order batsmen, considering the presence of captain KL Rahul, Mayank Agarwal and Chris Gayle on the roster.

The England all-rounder was one of 10 players released by Royal Challengers Bangalore, having featured in only six games in 2020 as the franchise endured yet another disappointing campaign.

However, considering his ball-striking capabilities and capacity to have an impact with the ball, it was hardly surprising to see him find a new home in the auction. Now he is a member of a Chennai Super Kings franchise that has freshened things up after failing to make the play-offs for the first time in their history.

Moeen managed 309 runs and claimed 10 wickets in 2020, posting an economy rate of 7.1 runs per over, but did RCB get the most out of a player whose career IPL strike-rate sits at 158.5 runs per 100 deliveries? The 33-year-old has excelled up the order in the English domestic T20 competition, capitalising on more regular opportunities with two hundreds and 13 half-centuries.

It was perhaps surprising to see him not used in the recent five-match T20 series by England too, considering his off-spin bowling would have added a different dimension to the attack. In T20I games played in India, Moeen has an economy rate of 7.8 runs per over – that is his best in any country where he has played three or more times.

Tewatia had made 20 IPL appearances combined across the previous five seasons before becoming a regular in 2020 with the Royals, who secured the all-rounder via a trade with the Delhi Capitals.

A left-handed batsman who also bowls leg-spin, the 27-year-old had made his debut with the same team back in 2014, then also spent a season with Kings XI Punjab (now rebranded as Punjab Kings) in 2017. However, Tewatia finally fitted in with Rajasthan last year, including claiming 10 wickets in 14 matches while going at a respectable economy rate of 7.08 runs per over.

It was his batting exploits, however, that raised his profile – and one innings in particular against Kings XI. Having laboured to 17 from 23 deliveries in a run chase, he then proceeded to hit six of the next seven he faced over the boundary. The stunning spell of hitting included five maximums in an over off West Indies paceman Sheldon Cottrell, as he helped his team reach a target of 224.

While picked in India's T20 squad to play against England, Tewatia did not feature in the series. Still, his ball striking – he scored at a strike-rate of 160.3 against pace in the last IPL, with a boundary strike-rate of 19 per cent – could lead to international opportunities in the future.

To say the IPL auction was a life-changing moment for Shahrukh is an understatement. The 25-year-old batsman eventually went to the big-spending Punjab Kings – who out-bid Delhi Capitals and Royal Challengers Bangalore – for over 50 times his base price, a hefty sum based on his big-hitting potential.

Shahrukh's domestic Twenty20 record is underwhelming, but teams were interested after his exploits for Tamil Nadu in the Syed Mushtaq Ali Trophy, including 40 from just 19 balls in a quarter-final against Himachal Pradesh.

Kings head coach Anil Kumble has been suitably impressed by the new signing during practice sessions ahead of this year's competition, even heaping a little extra pressure on the right-hander's shoulders by saying he sees similarities to Kieron Pollard.

If Shahrukh can translate his domestic results to the IPL stage, it will help balance out a batting line-up that lacked depth, even with KL Rahul finishing as the leading run-scorer in 2020.

At 19, Samad looks a real prospect in white-ball cricket, having become just the fourth cricketer from Jammu and Kashmir to earn an IPL contract when picked up by the Sunrisers in 2020.

A first IPL experience did not have eye-popping numbers in terms of his overall output, finishing with 111 runs in 12 matches. However, a top score of 33 against the Delhi Capitals showcased his talent, including taking 14 runs off three deliveries from South Africa paceman Anrich Nortje.

The right-hander finished up with a strike rate of 170.76 for the season, aided by a boundary strike-rate of 21.5 per cent.

Hyderabad have tended to front-load their batting line-up, though the absence of all-rounder Mitchell Marsh – the Australian has pulled out of the 2021 season for personal reasons, with opener Jason Roy signed as a replacement – may benefit Samad, if he is given the chance to continue in a middle-order role.