Mumbai, Jan 5: Putting up an all-round show, Karnataka defeated Mumbai by 5 wickets in their Elite Group B Ranji Trophy game here on Sunday, inside two-and-half days.

This was Mumbai's second consecutive loss at home, following their defeat against Railways. It is also Karnataka's fourth outright win against Mumbai since the 2013-14 season. 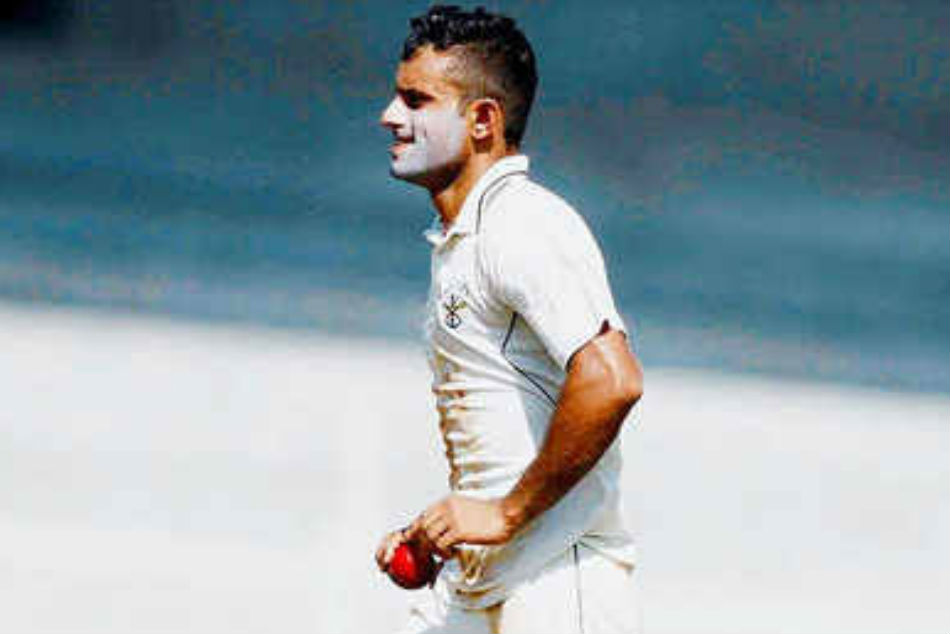 Chasing 126 for an outright win, Karnataka openers R Samarth (34; 2x4) and Devdutt Padikkal (50; 5x4, 2x6) gave the team a solid start and the visitors were racing towards the target as they were 77/0 at lunch.

Samarth was batting on 27, while Paddikal was the more aggressive one, being unbeaten on 50.

However, post lunch offie Shashank Attarde (4-52) pegged back the visitors by taking two wickets. He trapped Padikkal in front of the wicket and then dismissed Abhishek Reddy (4) as Karnataka were 84-2.

It became 91/3 as Shams Mulani cleaned up Samarth. Debutant Rohan Kadam (21) and skipper Karun Nair (10) brought the side on the cusp of a win when Attarde removed Kadam. Karnataka needed eight more runs.

In the same over, Attarde sent back Nair. Shreyas Gopal (5 not out) and B R Sharath (4 not out) took the side home without any further damage.

Earlier, resuming the day on 109/5, Attarde (10) joined overnight batsman Sarfaraz Khan (71 not out). The two added 25-runs for the sixth wicket. Sarfaraz was playing a responsible knock as he kept on increasing Mumbai's lead, but was falling short of partners.

Left-arm pacer Prateek Jain (4-11) grabbed all the wickets in the morning session as he ran through the Mumbai's lower order. Attarde's resistance came to an end, after he edged a short-pitched ball in the slip cordon with Mumbai at 134/6. From 134/6, Mumbai's innings ended at 149/9.

It was already announced that Prithvi Shaw, who sustained a shoulder injury and was rushed to the National Cricket Academy on Saturday, would not bat in the second essay.

Jain gave a double blow to Mumbai in the 48th over, when he dismissed Tushar Deshpande (6) and Deepak Shetty (0). While Jain cleaned up Deshpande, he forced Shetty to nick.

Last man Royston Dias (0) lasted just six balls as he too was cleaned up by Jain.

For Mumbai, apart from Sarfaraz, no other batsman stood tall. Karnataka had bundled out Mumbai for 194 in the first essay and then taken a slender 24-run lead.

The 41-time domestic champions next play Tamil Nadu in Chennai from January 11.

Nair praised his bowlers for restricting Mumbai in the second innings and also said the target was "gettable". He also said in low-scoring game, any lead is important. He also praised Padikkal and Sharath for their knocks.

Mumbai captain Suryakumar Yadav said they failed as a unit. He also said that when he got out Shaw approached him to bat, but they did not take the risk, as he couldn’t even lift his plate.

"When I saw him (Shaw) it was not that good. Even after me getting out, he came upto me and the manager, (saying) that I would love to bat. But we had a word with physio and the coach and it was not looking that good. We did not want to get it more severe. The physio had to take that call... when we he was having his lunch, he was not able to lift his plate," said Surya.

Surya also praised Rahane for taking responsibility and opening the batting in the second innings.