Bengaluru, February 26: The Indian Super League (ISL) 2021-22 season may be over for FC Goa from a play-offs perspective, but there is still plenty to play for Derrick Pereira and his boys.

The Gaurs got off to a poor start this season, losing to Mumbai City by three goals in November.

Come Saturday (February 26) night at the Bambolim Athletic Stadium, they have the opportunity to make amends, when they take on the Islanders once again.

The Amche Gaurs are aware that what they have got is an opportunity to end the season on a good note - and will relish the challenge posed by Mumbai City as they look to upset the applecart for the Islanders.

With 18 points from as many matches, - the Gaurs are currently ninth in ISL standings. They can still hope to finish as high as seventh - provided they win the remaining two games and other results go their way. 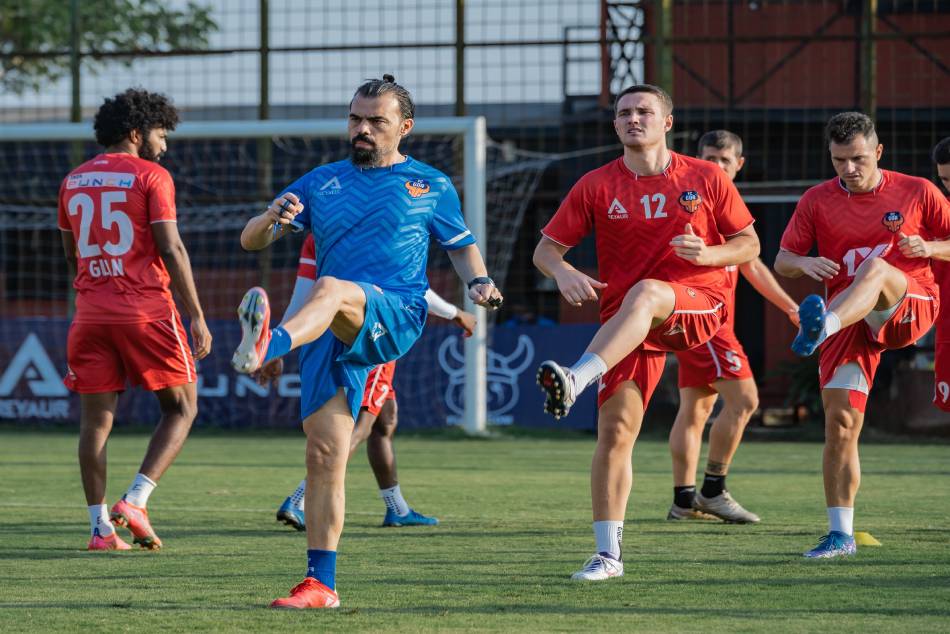 Mumbai City, on the other hand, are very much in the play-offs race. Only Hyderabad FC have been able to secure a top-four spot so far with Jamshedpur FC, ATK Mohun Bagan, Kerala Blasters and Bengaluru FC competing with the Islanders for the remaining three play-off berths.

Their upcoming contest against the Gaurs is hence a must-win affair for Des Buckingham and co Confidence should not be a deterrent for them after getting the better of SC East Bengal.

Ahead of the match, with FC Goa Media inputs, myKhel.com looks at 10 things that could prove decide the outcome of the game.

1. FC Goa will miss the services of Edu Bedia on Saturday. The midfielder was shown his fourth yellow card of the season during the game against Hyderabad FC.

3. Mumbai City are on a five-game unbeaten streak against FC Goa. The Gaurs last defeated the Islanders in the 2019-20 season when they won 5-2. Since then, Mumbai have won twice while three matches ended as draws.

6. FC Goa have conceded 29 goals so far this season, the poorest record for the club across all seasons so far.

7. FC Goa's Alberto Noguera has been fouled 58 times this season - the most among all players. His teammate Jorge Ortiz is in second place (fouled 48 times).

8. Ahmed Jahouh is the only player to have completed 100 tackles in ISL 2021-22. In comparison, FC Goa's best player is Alberto Noguera with 77 tackles to-date.