Bengaluru, November 21: Igor Stimac sprang a major surprise when he fielded Farukh Choudhary and Manvir Singh in India's starting 11 for the FIFA World Cup 2022 qualifier against Oman on Tuesday (November 19).

Farukh and Manvir are not your regulars with the Indian team, but the coach's decision to hand both of them a starting spot stemmed from their impressive showing in the Hero Indian Super League.

Farukh has done a star turn for Jamshedpur FC, while Manvir has led the frontline for FC Goa in a couple of matches.

"I can tell you that Farukh has grown a lot in the last two months. He is improving quite fast and if he keeps improving this way, he will definitely play for the national team," Jamshedpur FC head coach Antonio Iriondo had said ahead of Farukh's call up to the India team.

Farukh and Manvir are not alone. When the next round of international matches come around more new faces could be knocking on the doors of the Indian team with Stimac having a much-closer look at them during ISL games across the country. 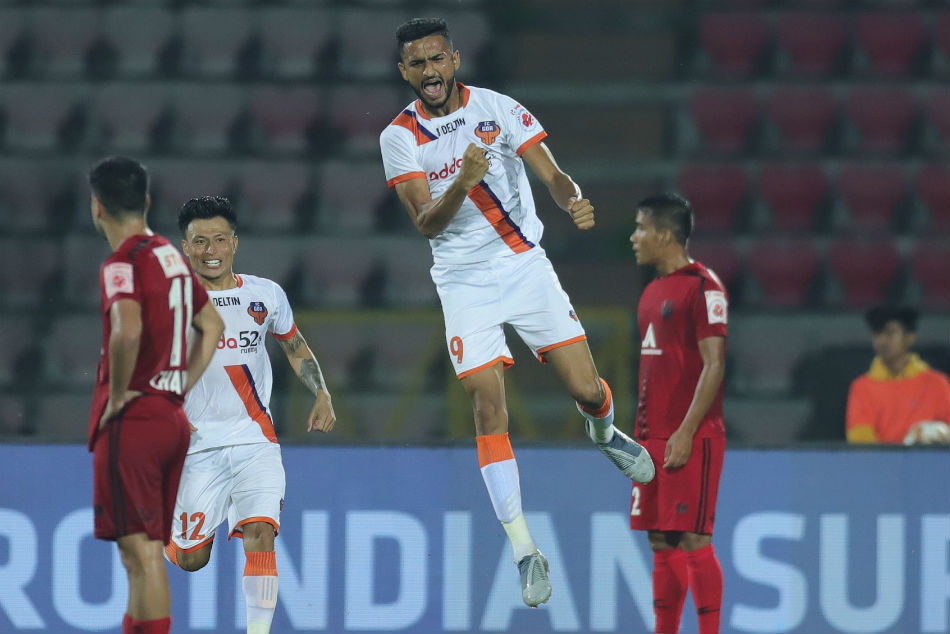 Redeem Tlang is a prime example of a player rising to unexpected stardom. After five seasons with Shillong Lajong and one with NorthEast United, the 24-year-old struggled to fulfil his potential. However, the Meghalaya-born has been a revelation this year, under head coach Robert Jarni.

After scoring just one goal last season despite featuring in 19 matches, Tlang has already bettered his goal tally with two from the first four games. His teammate, 22-year-old fullback Rakesh Pradhan, has also risen to the occasion after three seasons with Lajong.

Goa's Santosh Trophy captain Jessel Carneiro moved on from Dempo Sports Club to play at a higher level in the ISL and has started strongly for injury-hit Kerala Blasters FC, playing almost every minute so far as a left-back.

Not long ago it were the likes of Anirudh Thapa and Sahal Abdul Samad who grabbed attention and have now moved on to bigger things, and they could soon be joined by the emerging stars.

Indian players who have struck form has set up an interesting Hero ISL season. Teams like NorthEast United FC, Jamshedpur FC and FC Goa, all of whom have had unexpected performers, are not surprisingly in the top half of the ISL ladder. As the season progresses, the players will only hope to get better, and who knows they may have even caught Stimac's attention.