By Sajith B Warrier
Updated: Tuesday, April 17, 2018, 12:28 [IST]
oi-Sajith B
Marcelo Lippi is hopeful of a revival in Italian football's fortunes 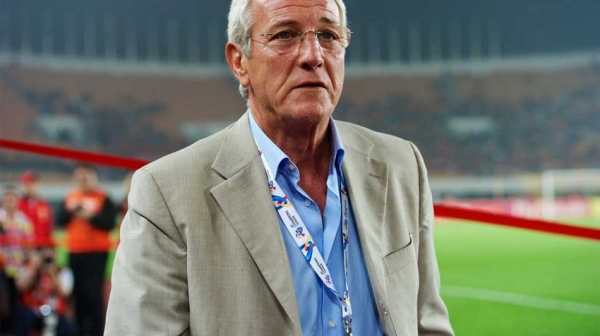 Buffon not tarnished by red versus Real - Lippi

Juventus were leading 3-0 in the return leg at Santiago Bernabeu after having wiped out the 0-3 deficit suffered at home at the Arena Stadium in the first leg. The match looked well set for extra time when English referee Michael Oliver penalised Medhi Benatia for a foul on Real forward Lucas Vazquez inside the area with their 40-year-old captain flewing into a rage.

Oliver sent off Buffon for his protests, meaning the goalkeeping great could only watch on as Cristiano Ronaldo slammed the decisive penalty past substitute Wojciech Szczesny.

"I'm not disputing the penalty, which you could give or not give. But a good referee forgot the rule of common sense in this case," Lippi told local media in Dubai on the sidelines of the Hublot's Match of Friendship.

The match which was held to mark the two-month countdown to the 2018 FIFA World Cup in Russia saw two teams, one led by Brazil legend Pele and the other by Lippi, compete on a specially constructed pitch at the Dubai Opera Hanging Garden.

"It's sad that he couldn't understand Buffon's emotional reaction in a situation like that," added Lippi, the man who guided Italy to World Cup triumph in 2006, a tournament in which Buffon was the Azzurri's No.1 goalkeeper.

Italy have fallen from those lofty standards and for the first time in many decades, they have even failed to qualify for the 2018 World Cup to be held in Russia.

Lippi, who currently manages the Chinese national, sees nothing wrong with Italian football and hopes things will improve in future.

"The Azzurri had two spectacular years in the group with Spain," Lippi dwelled further.

"Then they had 20 days of blackout and they lost to Sweden. That's what happened, Italian football isn't in crisis. We can face the future with confidence, because we've a lot of good youngsters.

"Italian teams are capable of anything, there isn't this big negative difference. No-one thought Roma and Juventus could do what they did against Barcelona and Real Madrid in the Champions League.

"They showed that with a little luck they can be competitive."