Madrid, November 26: Real Madrid still have work to do in their bid to reach the last 16 of the Champions League as they prepare for the visit of Paris Saint-Germain.

PSG are already through to the knockout stages and opponents Madrid can join them with victory at the Santiago Bernabeu.

On-loan striker Mauro Icardi has been in inspired form for the French champions since joining from Inter, scoring 10 times in 11 appearances.

The 26-year-old failed to register in the reverse fixture at the Parc des Princes – a 3-0 win for PSG in September – but he can make some history should he score on Tuesday.

Elsewhere, victory for Atletico Madrid away to Juventus will make certain of a last-16 spot with a game to spare, while Jose Mourinho takes charge of Tottenham in the Champions League for the first time as they welcome Olympiacos to north London. 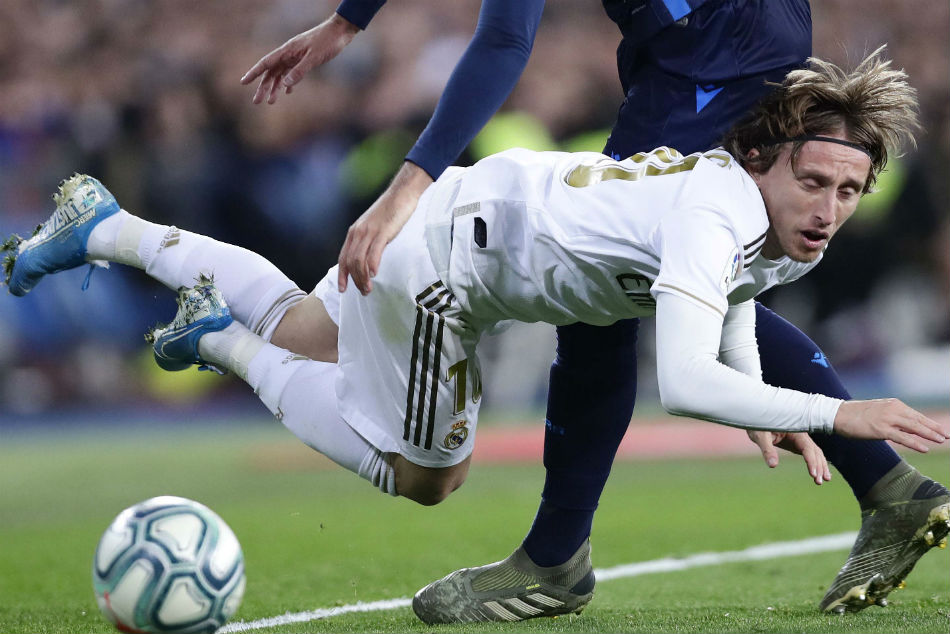 Five key Champions League matches to look out for

Here is the pick of the key Opta facts for Tuesday's eight matches.

0 - Galatasaray are the only team in this season's Champions League yet to score. There have been six previous occasions in which a team have failed to score in their opening five games, including the Turkish side in the 1993-94 season.

1 - Club Brugge have won just one of their last 18 Champions League games, with that victory coming away at Monaco in November 2018.

8 - Since the start of last season, no side have lost more Champions League matches than Lokomotiv.

4 - Leverkusen are without a win in their last four away games in the Champions League, failing to score in their past three outings – the German club's longest-such run in the competition.

11 - Only Genk (12) have conceded more goals in open play in this season's Champions League than Atalanta (11).

36 - Dinamo have had the joint-fewest shots of any team in the Champions League this season, level with Galatasaray. They have the best conversion rate of any team, however, scoring with nine of those 36 shots (25 per cent).

11 - Bayern are enjoying their longest ever unbeaten run away from home in the European Cup/Champions League, going 11 matches since last tasting defeat.

25 - Juventus forward Cristiano Ronaldo has scored 25 goals against Atletico in all competitions - only versus Sevilla (27) has he netted more.

2009 - Atletico, beaten 2-1 at Bayer Leverkusen last time out, have not lost consecutive away games in the group stage of UEFA's showpiece competition since October 2009 when losing to Porto and Chelsea.

6 - City have won their last six home Champions League matches - the longest current run of any side. The last English team to have a longer run were Chelsea, with seven in a row at Stamford Bridge between March 2008 and February 2009.

0 - Shakhtar have lost on both of their visits to the Etihad Stadium, conceding eight goals without replay. The Ukrainian club have never lost each of their first three away games against a single team in the competition.

8 - Madrid have won eight and lost none of their 11 Champions League home games against French opposition, winning the last five such matches in a row by an aggregate score of 15-1.

5 - PSG striker Icardi has scored against five of the six teams he has faced in the competition, the exception being Madrid (one game). No player has ever faced as many as six teams and scored against every opponent, with the record currently held Milinko Pantic, who scored against all four opponents in 1996-97 for Atletico.

8 - Olympiacos have lost their last six away matches in the competition. Not since between September 2001 and December 2003 have they endured a longer wait for victory on their travels.