Ruiz stunned Joshua in June to hand the Briton his first professional defeat and claim the IBF, WBA and WBO heavyweight titles.

But rather than come in at the same weight again for Saturday's second fight in Saudi Arabia, the champion has seemingly bulked up. 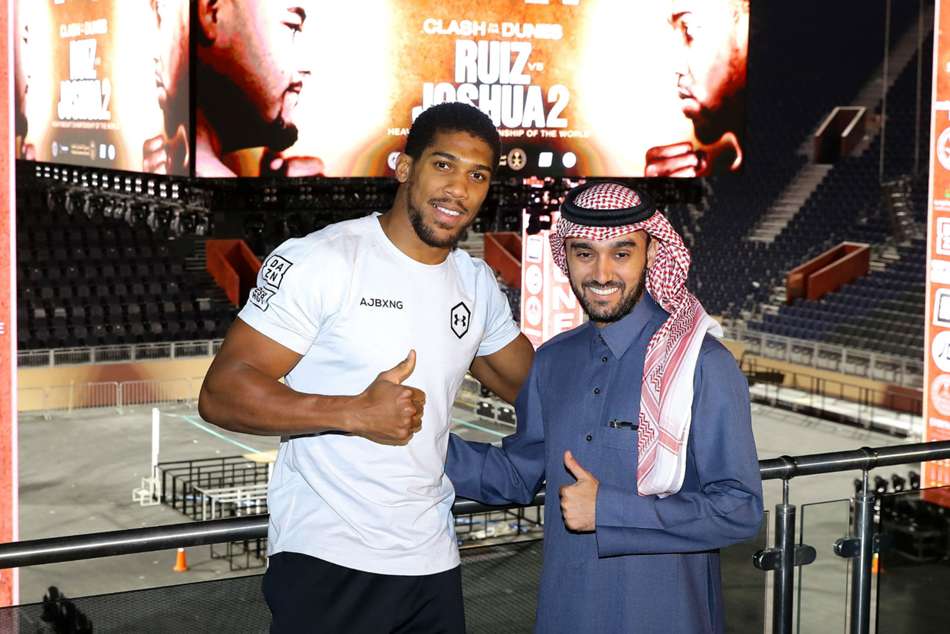 Ruiz tipped the scales at 20st 3lbs, 15 pounds more than in the previous bout and over three stone more than opponent Joshua.

The Mexican acknowledged the time of the day contributed to his weight, yet he later added it was an intentional ploy.

Ruiz had remained dressed and wore a sombrero, seemingly aiming to contribute to his weight.

"I was already the same weight as the last fight this morning," he told DAZN. "I had to wait until almost 5pm to get on the scale, so I already had my breakfast, lunch and dinner.

I need to hear you say it! Comment “and still” below and retweet this if you’re with me Saturday pic.twitter.com/9R3zP0nQ3k

"I also weighed in with my sombrero and pants on, so that's why I came in so heavy. It was a psychological thing as well."

Joshua is the lightest he has ever been for a world-title fight, and Ruiz added: "It could be good or not. We don't know if he's still going to have that same pop in his punches.

"It could be a disadvantage, which is why I decided to come in a little heavier in this fight. I can move him around, be a little bit stronger and have more pop in my punches."