Singapore, January 23: Anatoly Malykhin will finally get his hands on ONE Heavyweight World Champion Arjan Bhullar later this year and the interim champ is confident of dethroning the champ.

"Sladkiy" is booked to face off with the Indian star at ONE Fight Night 8, where the pair will lock horns to settle their rivalry and unify the heavyweight World Title.

The showdown between Malykhin and Bhullar has been scheduled on multiple occasions, but it has yet to come to fruition due to injuries and complications on the side of the defending champion.

But with contracts now signed, interim king Malykhin just hopes Bhullar will fulfill his commitment and make it to the Singapore Indoor Stadium on 25 March.

"[When I signed the contract], I felt certainty that soon there will be a unification of belts, and I will become the absolute ONE Heavyweight World Champion, which I believe I am already. However, there was a small technicality left - this fight with Bhullar," he said.

"I was glad to see his name on the contract when I got sent it. He's already signed contracts three or four times and never showed up to a fight. Therefore, we will see what happens this time. The important thing is that he makes an effort to get himself right to the Circle." 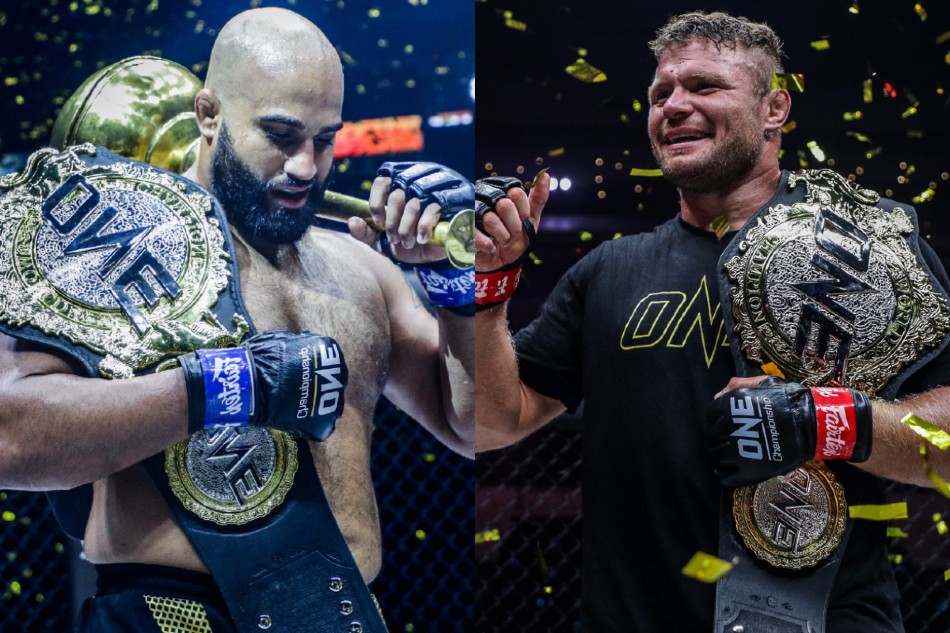 Bhullar was last in action in May 2021, when he stopped Brandon Vera to capture the ONE Heavyweight World Title.

In red-hot form and boasting a perfect 16-0 record, the Russian knockout artist is supremely confident that he will add "Singh" to his list of victims when they meet.

"He has no chance at all. I'll just knock him out. He'll last until the second round at the most. There is no chance for him to last for five rounds," he said.

In addition to being motivated to unify the heavyweight division, Malykhin is desperate to end the fight inside the distance in order to prove why he is the undisputed king.

The two-weight titleholder promises a fan-friendly spectacle on 25 March - and another crushing finish.

"I always aim for a knockout. I always try to be faster than my opponents and give a good show. They put us as the main event of the night, and I have to give it my all so that the audience enjoys those moments," he said.

"My fight with Bhullar is worth watching simply because I will be knocking him out. Everyone loves knockouts. When big boys fall down, [it is] beautiful."