Bengaluru, November 23: Ritu Phogat refuses to let anyone's opinions deter her before the toughest assignment of her career yet.

"The Indian Tigress" faces Stamp Fairtex in the ONE Women's Atomweight World Grand Prix Championship Final in the co-main event of ONE: WINTER WARRIORS on Friday, 3 December.

Despite another remarkable win in the semifinals of the Grand Prix, a fraction of people still think Phogat doesn't have the skills to become one of the best female mixed martial artists in the world.

Phogat, however, thinks otherwise as she has a message for people being critical of her.

"It doesn't matter who says what about me. These things only motivate me further to work even harder," the 27-year-old said.

"Now, after winning the final, I will prove to the critics that I am one of the best fighters out there."

"The Indian Tigress" wants to prove those naysayers wrong, and a strong display against Stamp in the final could quiet them. Phogat believes she has been improving every day, putting in a lot of demanding work at Evolve MMA in Singapore. 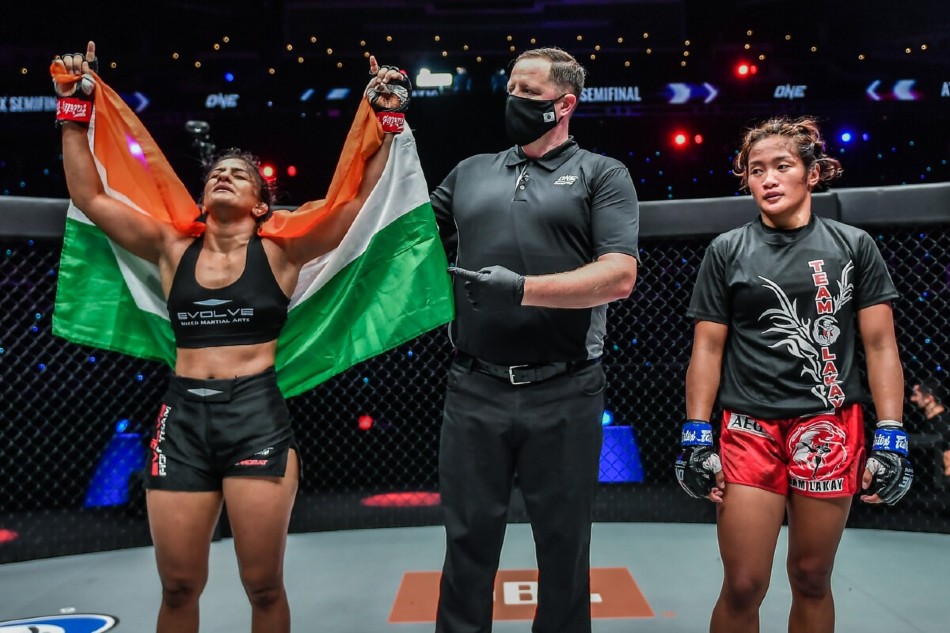 Moreover, the Commonwealth Wrestling Gold Medalist believes she's evolved as a fighter since her professional MMA debut at ONE: AGE OF DRAGONS in November 2019.

"My fitness has improved from before. My techniques have changed a lot after switching to MMA. I am working on Muay Thai, BJJ, and boxing too," the Singapore-based athlete said.

"I see improvements in myself and get praises from my peers too. So, I am happy with my MMA journey and performances so far."

The critics are certainly in for a rude awakening when Phogat steps inside the Circle at the Singapore Indoor Stadium early next month.

A win for "The Indian Tigress" will also give her the chance to face "Unstoppable" Angela Lee for the ONE Atomweight World Title. And if she wins that bout as well, she has only one plan.

"I want to be a World Champion and take India to greater heights from an MMA perspective," she said.

Download the ONE Super App for more breaking news on the ONE Women's Atomweight World Grand Prix Championship Final.

In the meantime, catch ONE: NEXTGEN III on Disney+ Hotstar or Star Sports Select 2 at 6 PM India Standard Time (IST) on Friday, 26 November.