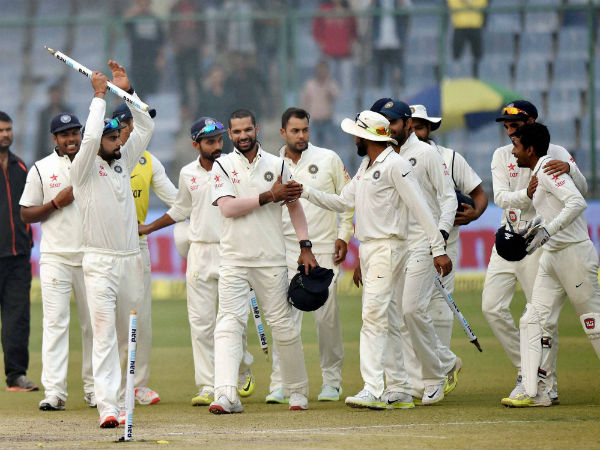 In a what can be termed as a first in Indian cricket team's team bonding exercise, the senior players along with skippers Mahendra Singh Dhoni, Virat Kohli and the 'A' team players like Varun Aaron enjoying a jam session, where they were all seen playing drums with Vasundhara and his musical group.

BCCI released a picture of the Indian team members enjoying a musical session with Vasundhara, who has also acted in critically acclaimed films like Hey Ram (with Kamal Hassan) and Mira Nair's Monsoon Wedding.

What the Indian team did today was called 'Drum Circle'. It is an activity where "a group of people seated in a circle, plays drums together".

'Drum Circle' is considered to be a rhythm based activity, which is a "great way to communicate, team building, transcending barriers, improves group communication and harmony, a sense of belonging, stress-relief, discovering creativity, Energising participants, Improving focus".

Virat Kohli at the bonding session over music

The initiative was an extension to the various team building activities that Kumble has introduced, including 'Buddy Project', where players are split into groups of two with a senior player explaining his experiences in the cut-throat world of international cricket to a junior player.