A century partnership between Ross Taylor (82) and Mitchell Johnson (62 runs) and a cameo from Ashley Nurse (42 not out) helped India Capitals post a massive total of 211 for seven as they came out of a difficult situation. 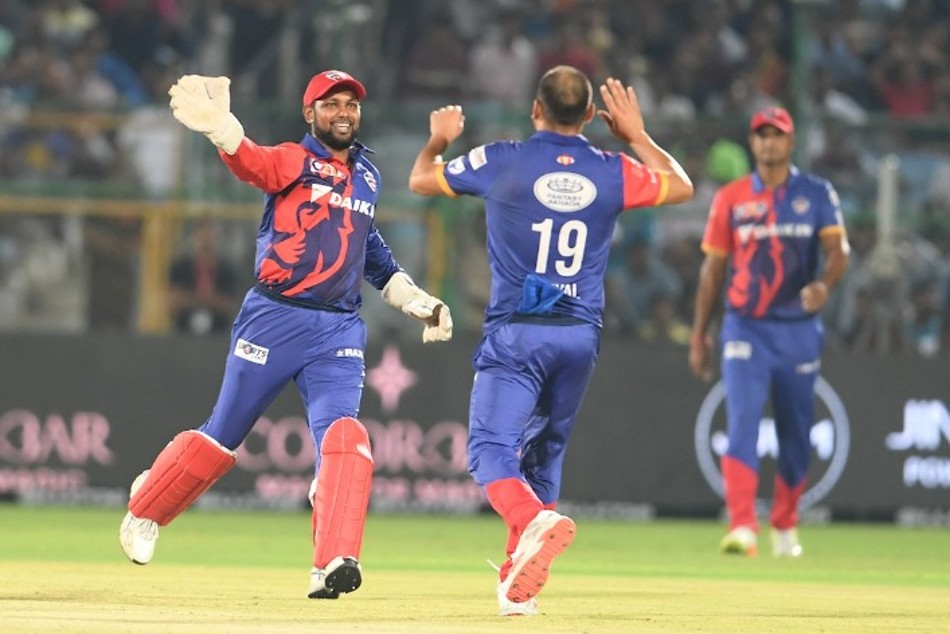 After being put in to bat first, India Capitals lost four wickets inside 21 runs but the partnership of 126 for the fifth wicket between Taylor and Johnson revived them.

Taylor - who played 41 balls and hit four fours and 8 sixes - revived the innings for the Capitals with his second consecutive fifty. Earlier on October 2 in Jodhpur, Taylor played a knock of 84 runs against the same team. It was Taylor's third fifty in this league. Meanwhile, Johnson also notched up his first half-century in this league. Johnson smashed seven fours and three sixes in his 35-ball-knock.

Taylor and Johnson shared a 126-run partnership for the fifth wicket. Once Johnson's departure, Taylor shared another crucial partnership with Ashley Nurse.

Once captain Irfan Pathan introduced Rahul in the attack, he took Taylor's wicket. Rahul didn't stop there and got the fourth scalp by dismissing Liam Plunkett (0) in his fourth over. But Nurse - with the help of six fours and a six in just 16 balls - took the Capitals past the 200-run mark.

As the asking rate was climbing, the Kings had to score 138 runs in the last 10 overs. It could have been possible with Watson present in the middle but Karia perished when the scorecard read 76.

Captain Irfan (2) joined Watson in the middle and the latter was run out due to a miscommunication, leaving his team in dire straits. Irfan too joined his fellow teammates in the dugout when the scorecard read 81 and eventually the entire Bhilwara Kings' innings was folded for 107.

Pawan Suyal, Praveen Tambe and Pankaj Singh took two wickets each for Capitals while Johnson and Plunkett got one wicket each.

Here we take a look at the full list of Award Winners & Prize Money:

Legend of the Tournament: Yusuf Pathan