Exclusive: 'There's a lot one can learn from Paaji,' claims Naman Ojha on batting with Sachin Tendulkar

Raipur, Sep 30: There has hardly been a cricketer in India in the last couple of decades who hasn't aspired to share a dressing room with cricketing legend Sachin Tendulkar and the same has been the case with former India wicketkeeper Naman Ojha.

Like several cricketers, Ojha too didn't get to play with Tendulkar for Team India as the presence of legendary wicketkeeper MS Dhoni prevented his entry into the national side for the most part of his active years.

Although Ojha made his India debut in 2010 on the tour of Zimbabwe when several senior players including Dhoni were rested and Tendulkar played his solitary T20I in his career back in 2006. 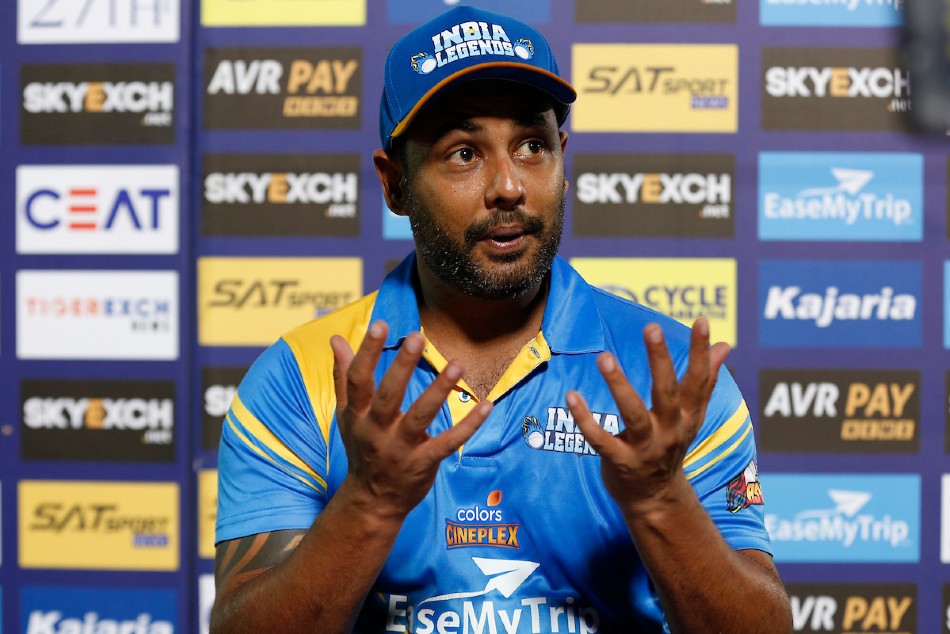 He was also a regular feature in the IPL teams he was a part of but there too the right-handed batter from Madhya Pradesh could play for Delhi Daredevils, Sunrisers Hyderabad and Rajasthan Royals. So, his dream of sharing the dressing room with Tendulkar couldn't be fulfilled until he bade adieu to international and domestic cricket.

But fate took a wonderful turn after the Indore cricketer announced his retirement and he was included in the India Legends team for the Road Safety World Series in 2020. Ojha became the designated wicketkeeper-batsman for the team which was led by none other than Tendulkar. Ojha - who wouldn't have thought in his wildest dreams that he'll get to partner with the Master Blaster once he hangs up his boots - finally saw his long-pending dream come true.

In the first season, he didn't get much of a chance to bat as the dangerous duo of Tendulkar and Virender Sehwag opened the innings for India Legends, but the Nawab of Najafgarh pulled out of the tournament ahead of the second season. This gave Ojha an opportunity to open the batting for India Legends and he's had some good outings with the bat in the tournament which was largely impacted by rain.

In the all-important semi-final against Australia Legends, the 39-year-old right-handed batter played a brilliant knock of unbeaten 90 and guided his team to the second straight final.

While answering to MyKhel's questions after his match-winning knock in the knockout contest in front of a worthy opposition, Ojha - who has played 146 FC and 143 List A games - said he planned to take his innings deep as the wickets were falling at the other end.

"Wickets were perishing at the other end so my plan was to hold guard at one end and take the game deep. Thankfully, I was able to do that and carried my bat through. It was very satisfying for me as my innings helped the team win and qualify for the final," he said.

Along with Irfan Pathan, Ojha - who has played 182 T20s in his career - stitched a partnership of unbeaten 50 in just 22 balls for the sixth wicket and took India home.

When asked about what was going through his mind when it came down to his and Irfan's shoulders to finish the game, Ojha said, "Since I was set, I had asked him to give me the strike but we all know how good a cricketer he is and has a good game sense. So it was pleasing to see him take the onus on himself and hit those big shots and finish the game for us."

When asked about the prospect of spending time with his captain Tendulkar and cricketing legend Tendulkar, Ojha said, "It was a dream to play with him which is coming true. It is (happening) late (in my cricket journey) but fortunately, it is happening. There are many things one can learn from him. If we make mistakes, he tells us that there is no need to ponder upon them so much, instead start focusing on the next game. Even today (against Australia Legends) I was getting a bit restless to play big shots but he advised me to keep myself relaxed. I think those words mean a lot to me."