Chennai, July 26: Tamil Nadu state government has allowed elite sportspersons to practice at sports complexes, as well as in the stadia, keeping all standard operating procedures in mind in the wake of COVID-19 pandemic.

The state government has issued a Government Order on Friday (July 24) allowing sports complexes and stadia run by SDAT and non-SDAT centres to open for practice.

The development comes as a major relief to the athletes for they can now resume intense training. The state government's announcement has brought a smile on the face of ace India paddler G Sathiyan who plans to start his international campaign from September.

The Chennai-based athlete aims at participating in the upcoming Polish Superliga in September and he will now resume intense training from Monday (July 27) under the watchful eyes of his coach, Subramaniam Raman, after a gap of four months. 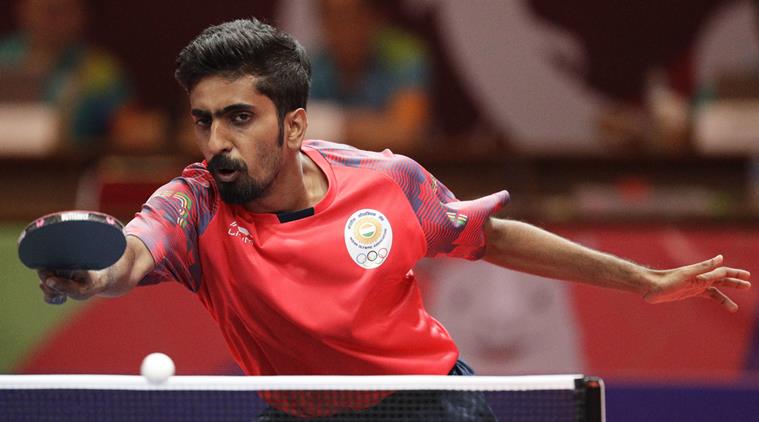 The world no. 32 paddler said he'll follow all the SOPs and necessary protocols while training.

Talking to MyKhel, the 27-year-old table tennis star said: "Happy to share that I will resume training after a gap of four months with my coach Raman sir at Raman TTHPC at Chennai from Monday (27 July) following all necessary sops and protocols."

All the while, Sathiyan has been training at home and taking online lessons from his coach. During home isolation, he was sparring with the help of an Amicus Prime Robot to improve some specific areas of his game. But he can now visit the facility and resume training with a real partner.

"I am really excited and happy to finally be able to play with a human and of course getting in person with my coach who has been coaching me only online as of now," he added further.

Sathiyan recently signed for Polish Superliga side Sokolow SA Jarsoslaw for the upcoming season 2020-21 with a hope to find his rhythm before the international season begins in the post-COVID19 era. He had already signed to play for Okayama Rivets in the Japanese T-League.