Rawalpindi, Dec 1: England once again showcased their aggressive brand of Test cricket under their coach Brendon McCullum as they posted a world record 506 for 4 on day one of the opening Test against Pakistan in Rawalpindi. In their first Test in Pakistan in 17 years, the Ben Stokes-led side saw four batters smashing hundreds on the first day of the historic match.

Openers Zak Crawley (122) and Ben Duckett (107) gave the visitors a blistering start with their opening stand of 233. Later, middle-order batters Ollie Pope and Harry Brook blazed hundreds in the final session in an astonishing display of power-hitting against an inexperienced Pakistan bowling attack. 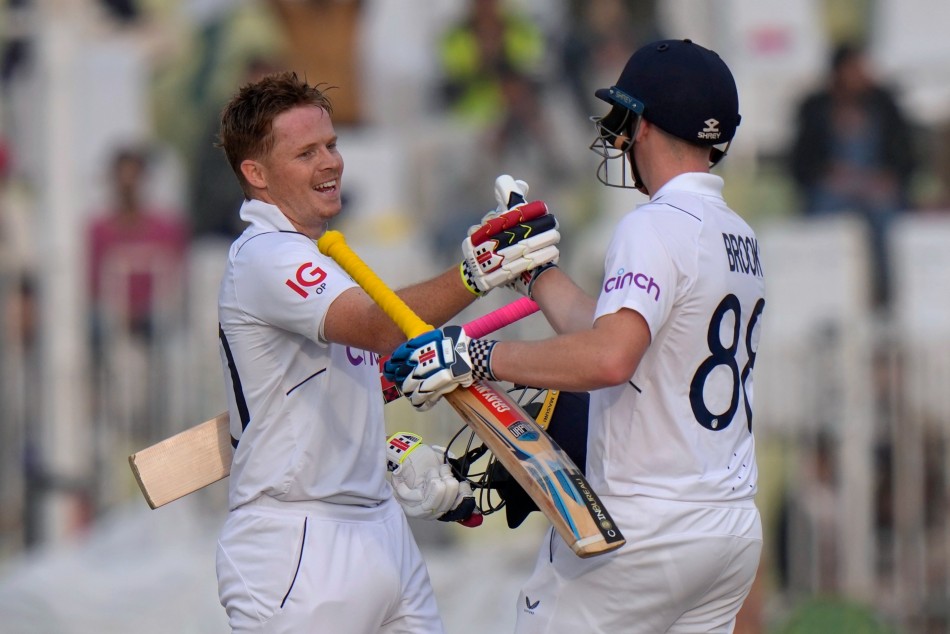 Pakistan vs England: Batters have a field day as visitors post highest total on opening day in Test history

Ducket - who is making his Test return after a gap of six years - also notched up his maiden Test century to make his comeback special.

The match was possible only after England confirmed it had a fit 11 only two hours before the toss. The English camp was hit by a virus on the eve of the match casting doubt over the game.

However, their batters shattered a host of records in only 75 overs before play ended prematurely because of bad light.

Let us take a look at the records that were broken on the opening day of the Rawalpindi Test:

Most runs on Day 1 of a Test Match

England ended the day's play at 506/4 which is the highest total by any team on the opening day of a Test match. They have broken the 112-year-old record with this feat.

The previous best record at the end of play on Day 1 of a Test match was held by Australia when they scored 496/4 against South Africa in 1910.

The partnership between Zak Crawley and Ben Duckett was worth 233 in 35.4 overs. It was also the fastest 200-run opening stand of 30.1 overs - in the history of Test cricket. Crawley and Duckett went past the record previously owned by Joe Burns and David Warner, who added 237 against New Zealand in Brisbane in 2015/16.

It was also the highest opening stand in Test cricket for England since the 273-run partnership between Andrew Strauss and Marcus Trescothick in the Boxing Day Test in 2004.

# Four hundreds that were slammed by English batters in Rawalpindi on day one were the most centuries scored by a single team on day one of a Test.

#24 - Harry Brook scored 24 runs off Saud Shakeel in an over and raced to his maiden Test century. It is the most runs scored by an Englishman in a Test.

# Ollie Pope's 108 is the highest Test score by an England wicketkeeper in Pakistan.