Asked if a visit to the White House would be on the cards should USA retain their title, star Rapinoe told Eight by Eight: "I'm not going to the f—ing White House.

And on Friday, it’s #USA vs. #FRA (as if you didn’t know that...) pic.twitter.com/SFKAHwxRqx

And the 33-year-old became the first white athlete to kneel during the national anthem before a sporting event in 2016.

Rapinoe continues to protest the national anthem in her own way at the World Cup. She stands in silence while other members of the national team place their hands over their hearts and sing "The Star-Spangled Banner." 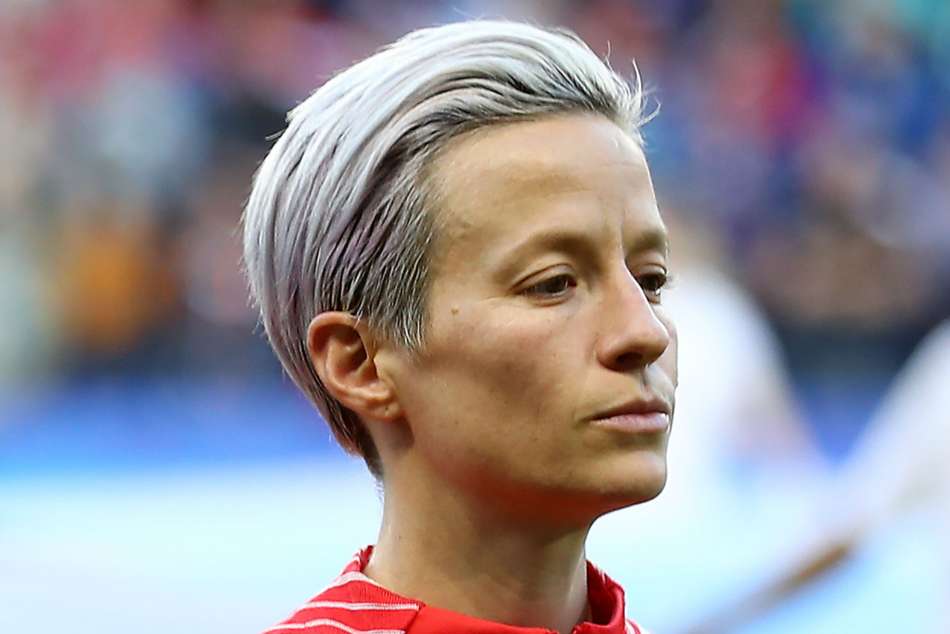 Donald Trump responded to her actions

"No. I don't think so," Trump told The Hill when asked if Rapinoe should protest during the national anthem.

Our very own pink power rangerpic.twitter.com/ObLS9RhiyA

Rapinoe's Eight by Eight interview also touched on the expectations that drive the team to chase another world title.

USA had their toughest match of the World Cup on Monday when Spain scored the first goal of the tournament against the reigning champions.

Rapinoe scored USA's only goals in that match as the international powerhouse prevailed 2-1.

"We have a great burden of expectation, but I think that also brings out the best in you and we just except to win every single game," she said. "So if we're down two-nil with 10 minutes left, we expect to win that game. We've been in those situations before and it's just sort of ingrained in us."