The 2022 Commonwealth Games 2022 gold-winning duo Satwik-Chirag became the first Indian men's doubles pair to win a BWF World Championships medal after they assured themselves of a medal on Friday (August 26).

Satwik-Chirag pair knocked out the defending world champions Takura Hoki and Yugo Kobayashi of Japan in a closely fought quarterfinal match to reach the last 4. The seventh-seeded Indian pair beat the second-seeded Japanese pair 24-22, 15-21, 21-14 in a last 8 match that lasted for an hour and 15 minutes. 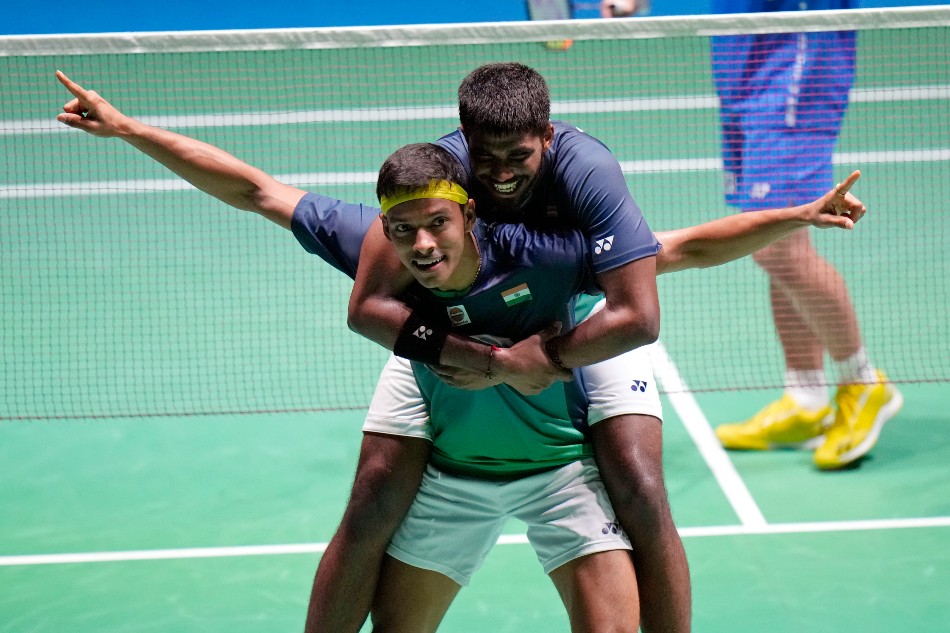 The sixth-seeded Malaysian pair Aaron-Wooi Yik, on the other hand, ousted tenth seed Korean pair Choi Sol-gyu and Seo Seung-jae via straight games 21-18, 21-16 in the quarterfinal match that lasted for 40 minutes.

This will be the sixth meeting between the two pairs, and it's currently 5-0 in the favour of the Malaysian duo Aaron Chia and Soh Wooi Yik, who also defeated the Indian pair in the CWG 2022 mixed team gold medal match.

Ahead of their next clash, we take a look at the timing and live streaming information for Satwiksairaj Rankireddy and Chirag Shetty BWF World Championships 2022 semifinal:

When is the BWF World Championships 2022 men's doubles semifinal scheduled to take place?

How to watch BWF World Championships 2022 semifinals in India?

Fans in India can live stream the event using VOOT Select and tune into Sports 18-1 channel on TV from 6:30 AM IST to watch the matches live.