MS Dhoni retirement: This is what Virender Sehwag and Gautam Gambhir have to say

New Delhi, July 19: Veteran India cricketer MS Dhoni's retirement from the limited-overs' format is a subject of national debate as people are consistently wondering when will the Ranchi cricketer clear the suspense over his future.

While there are critics who believe that it is time the 38-year-old draws curtains on his international career to make way for the youngsters, his die hard want the Chennai Super Kings captain to continue playing.

Dhoni's future will be a topic of discussion for the team management as well as the selectors when they'll sit to pick up the limited-overs squad for West Indies tour.

Former India openers Virender Sehwag and Gautam Gambhir, who played under the leadership of MS Dhoni in every format of the game, have come up with their response.

During a panel discussion Sehwag told media persons, "It should be left to MS Dhoni to decide when to hang his boots. The duty of the selectors is to reach out to Dhoni and inform him that he is no more being seen as India's wicket-keeper batsman going forward. I wish the selectors had asked me as well about my plans so I would also have been able to inform them."

The then chief selector and former India cricketer Sandeep Patil, who was also on the panel, responded to the statement and said, "The responsibility to talk to Sachin about his future was given to me and Rajinder Singh Hans while the same responsibility was given to Vikram Rathore for Sehwag. We had asked him and he said he had spoken with Sehwag. But if Sehwag is saying that Vikram did not talk to him, I would like to take responsibility for the same." 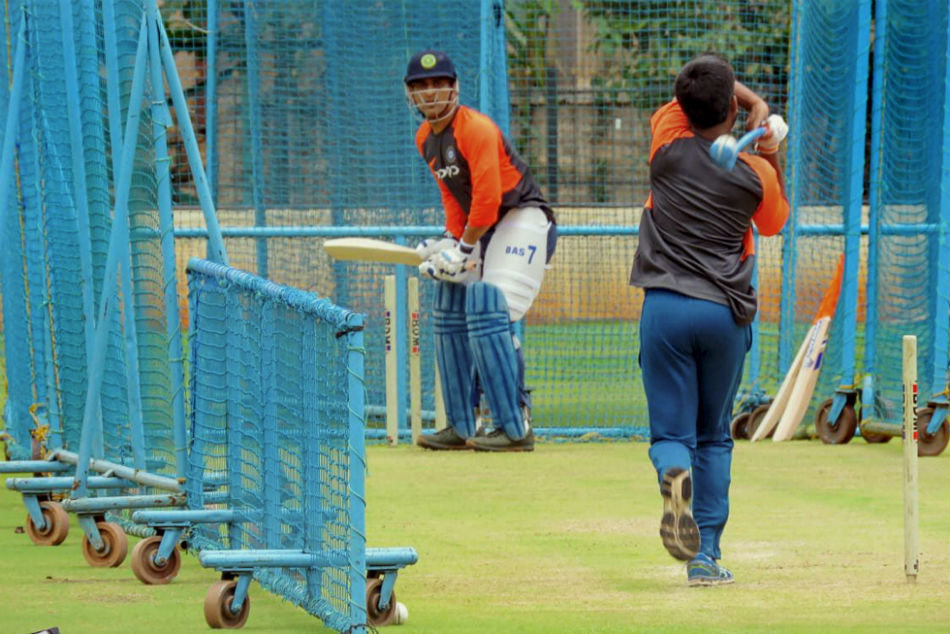 Sehwag immediately replied, "Vikram Rathore spoke to me after I was dropped. It would have made sense if he spoke to me before that. There's no point talking to a cricketer once he is dropped. If MSK Prasad speaks to Dhoni after he is dropped, what would Dhoni say - that he would play first-class cricket and the selectors should pick him if he scores runs. The point is that the selectors should reach out to cricketers before they are dropped."

Time is ripe to invest in youth: Gambhir

Meanwhile, former India opener Gambhir also cited now that the World Cup is over and the team management must look to build a team for the future and it is time Dhoni makes way for a youngster.

"India now have a chance to give opportunities to the youngsters. Be it Rishabh Pant, Sanju Samson, Ishan Kishan or any other wicketkeeper, whoever is believed to have the potential should be made the wicket-keeper. Give him chances for one and half-years and if he doesn't perform, then others should be tried out as well. Then one would get to know who the keeper for the next World Cup is," Gambhir told TV9 Bharatvarsh.

Talking about the CB series win in 2008 in Australia which India won, Gambhir said Dhoni didn't like the idea of playing him, Sachin Tendulkar and Sehwag together as the grounds were bigger.

"It's important to look into the future. And when Dhoni was the captain, he invested in the future. I remember Dhoni saying in Australia that me, Sachin and Sehwag can't play the CB series (in Australia) together as the grounds were big. He thought young players were needed for the next World Cup. It's necessary to take practical decisions than being emotional," Gambhir added.

Gambhir, who played vital roles in Team India's WC wins (World T20 2007 & CWC 2011), hailed Dhoni as one of the best captains but said it is unfair to give all credit to him for India's success and also slam him when the team fails to perform.

"If you see the statistics, then he (Dhoni) is the best captain. But that doesn't mean that other captains have done badly. Sourav Ganguly has done good captaincy; we have won outside under him. Under Virat Kohli's captaincy, we have won ODI series in South Africa and Test series in Australia," Gambhir said.

"It is true that MS Dhoni has won us two World Cups (2007 and 2011) but it is not fair to give all credit to the captain for success and criticise only him when it doesn't go your way.

"Dhoni has won the Champions Trophy and World Cups but other captains have also taken India forward. Captains like Anil Kumble have done the job though not for long; Rahul Dravid also led India to win in England."